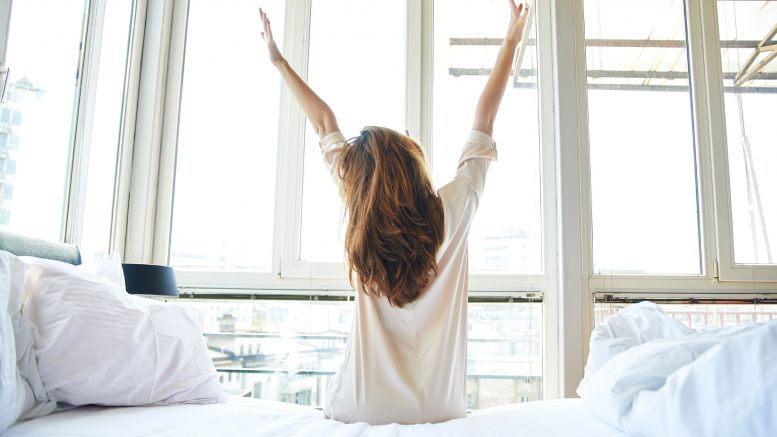 If you’ve been spending any time on your social media platforms during quarantine, whether it be Facebook, Instagram, or Snapchat, you have most likely seen artsy posts of early risers who are consistently up by 6:00am. They probably make their coffee and avocado toast first thing in the morning and are always energized about starting their new day so early. In fact, they’ve probably also already finished a Chloe Ting workout, made their daily to-do list, and even had some time to journal or read, all before it’s 9am.

Now if this sounds like you, god really blessed you. Truly. Unfortunately for the rest of us though, myself included, 9am is when our first alarm typically goes off. As night owls, we enjoy working late into the night and in fact, experience our optimal productivity levels usually sometime after 2am. For us, the world would be perfect if we could start school or work closer to noon, but that is simply not how things are.

Although we have had much more flexibility with designing our schedules as we’ve been quarantining, it’s important for us to understand that once things do return to normal, accommodating to the traditional working schedule may be extremely difficult for some of us, especially if we’ve become somewhat nocturnal over the last few months (oops!). Both fortunately and unfortunately though, we have at least a few more months of quarantining and this is actually an amazing time to develop healthy habits that will work for us even after the pandemic. However, this doesn’t mean you should completely go against your body to become a morning person, but it is a good idea to start thinking about how you will be able to be most productive and healthy during the typical school or work day.

As a self-proclaimed night owl myself, I began to attempt becoming a morning person during the summer, and I’ll admit: it wasn’t easy. After starting in the first week of June, it took me nearly 3 weeks to really adjust to my “new” schedule, but quite frankly, it’s much more doable than one might think. My biggest takeaway from my research is that very few of us are naturally night owls. Most of us are actually intermediaries whose lifestyle decisions have determined if we function better at night or in the morning. You can read more about the study that revealed these findings in this article, but essentially it was discovered that only 10-20% of the population can really be classified as night owls or early risers based on their natural chronotype.

To put this into the context of IMSA students, it’s a well-known fact that some of us have quite the workload. For us, putting things off until the morning before classes is too stressful because we don’t know how long an assignment may take, whether it be a Quest or an OOP project (which usually take longer than one would expect). Given this, we work late into the night, ensuring that everything is done before we go to sleep. However, it’s ridiculous to assume that after repeating this pattern for countless days where we’re going to sleep at 2am, we’ll be able to wake up at 6am the one night we go to sleep by 11pm. Our bodies are so used to staying up at night and getting up later that one night will not change our habits. That is not to say though, that implementing change over a longer period of time cannot help you shift your sleeping schedule — it most definitely can.

I found that when I was starting to change my sleeping patterns, I had to schedule something each morning that I would actually want to do or have to wake up for. This could be a Zoom Meeting with my SIR mentor or a morning walk with my dad who is very particular about his scheduling. Although it would be ideal if I woke up willingly, when I first started, the supposed need to get up was what pushed me until I felt comfortable naturally waking up that way. Going outside early in the morning has also been key for me, as it energizes me and has helped naturally change my circadian rhythms (more information here). By setting reasonable goals, implementing healthier strategies, and understanding how my sleeping habits were really formed, I felt a lot more in control of my sleeping schedule.

At the end of the day though, you’re trying these strategies to maximize your productivity and happiness, and if after trying everything, you still aren’t feeling comfortable waking early, that’s okay! You may feel best later at night and that’s completely fine. Although a typical day may be a little harder for you to focus during, identify healthy habits that work best for you whether it be power naps in the afternoon or by rescheduling your other activities.

As a former “night owl”, I truly wish you the best of luck with your journey and hope you’ll identify what’s best for you!

Krisha is a senior from Schaumburg who lives in 1506A. She is very excited to serve as the Lifestyle Section Editor during the 2020-2021 school year. Besides The Acronym, she enjoys entrepreneurship, medicine, dancing, and simply spending time with her friends and family!

The Best Places to Nap on IMSA’s Campus

Be the first to comment on "The Early Bird Gets the Worm: Myth or Reality?"