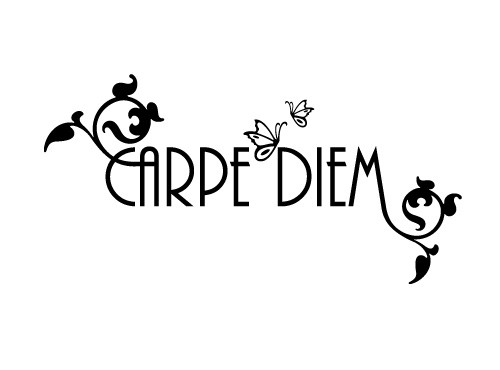 I think it’s safe to assume that time, to most people, is a very valuable thing. If it weren’t, then I don’t believe social media would offer as many hashtags describing the same idea of carpe diem as it currently does.

The truth is, IMSA students are young. And that’s probably the reason we find ourselves on the cusp of every adventure, wanting to etch it into a new story to carry with us. We’re wanderers and dreamers, because at this age, we have the ability to say that reality hasn’t yet eroded our mindsets and instilled the cynicism that precedes a mid-life crisis.

At least, that’s what we all want to believe, right?

We constantly hear this idea of living rather than just existing – to take advantage of every moment and live it as if it were our last. Unfortunately, I’ve come to find that this concept is becoming more an elusive desire than the truth. We’ve found ourselves lacking this mindset because we’re waiting for a day to truly live. Our days, it seems, are compounded with busywork and life’s other nuisances.

Since sophomore year, I have been subconsciously promising myself the freedom of “later.” I promised myself that after I do this, this, and this, I can finally take a step back to enjoy myself. I was raised to understand that school work is priority and that everything else resides on a lower rung of the ladder. Now, of course, this is probably true for a lot of us… mainly because, well, school work (or whatever it is that you do) is important.

But the problem isn’t necessarily in what we decide takes precedence over other things. Rather, the issue is that we are so engulfed by this tunnel vision that we begin to push off the little things for some ambiguous time that we can only label as “later.” I have used the over-hyped glorification of a “second-semester life” as a sort of subconscious reward and continued to believe that I could finally let go when it finally arrived. However, one quarter in, I still don’t feel the degree of relaxation that I promised myself.

This might be because I probably haven’t been seeking the yolo life as much as other people. But I honestly believe this is also because life doesn’t just end all of a sudden. The work, the stress, the pressure don’t just disappear. We can trick ourselves all we want into thinking that there’s an endpoint to our lives – a point where we can definitively say that there is no longer overarching purpose to work towards anymore. But truthfully, I would say we’re pulling wool over our own eyes.

As a result, our personal bucket lists only grow longer and we find ourselves unable to complete any of the things we promised we would. We’re unable because there will never truly be a break in our lives. The journey ahead is interminable, but we ignore this by promising that one day, we’ll get around to our dreams when we’re “done”.

I, personally, don’t want to live like this. Because 70 years from now, when you can’t remember what it’s like to have an 18 year old’s heart, you’ll wish that you hadn’t spent your whole life waiting. You’ll wish you hadn’t made so many promises about later, and you’ll wish you would had just done it in the now. But unfortunately, in a society defined by this workaholism and endless rank-climbing, we subject ourselves to these empty promises because they are our motivation to keep going. Suddenly, we become the Estragons and Vladimirs of this world and our lack of contentment is held at the mercy of Beckett’s nihilistic world. We become the ones waiting for something that might never come.

Of course, that doesn’t mean we should begin living with reckless abandon and throw caution to the wind. (Even though, occasionally, it makes for a good story.) What it means is we shouldn’t promise ourselves the satisfaction of relaxing by waiting until some higher priority is completed. Honestly, we’ll always have a goal dangling in front of us, but that shouldn’t stop us from truly living. So, I think we should promise ourselves one thing – to stop procrastinating the little things, because we all deserve that break in the now… and not the later.

Be the first to comment on "The Art of Waiting"