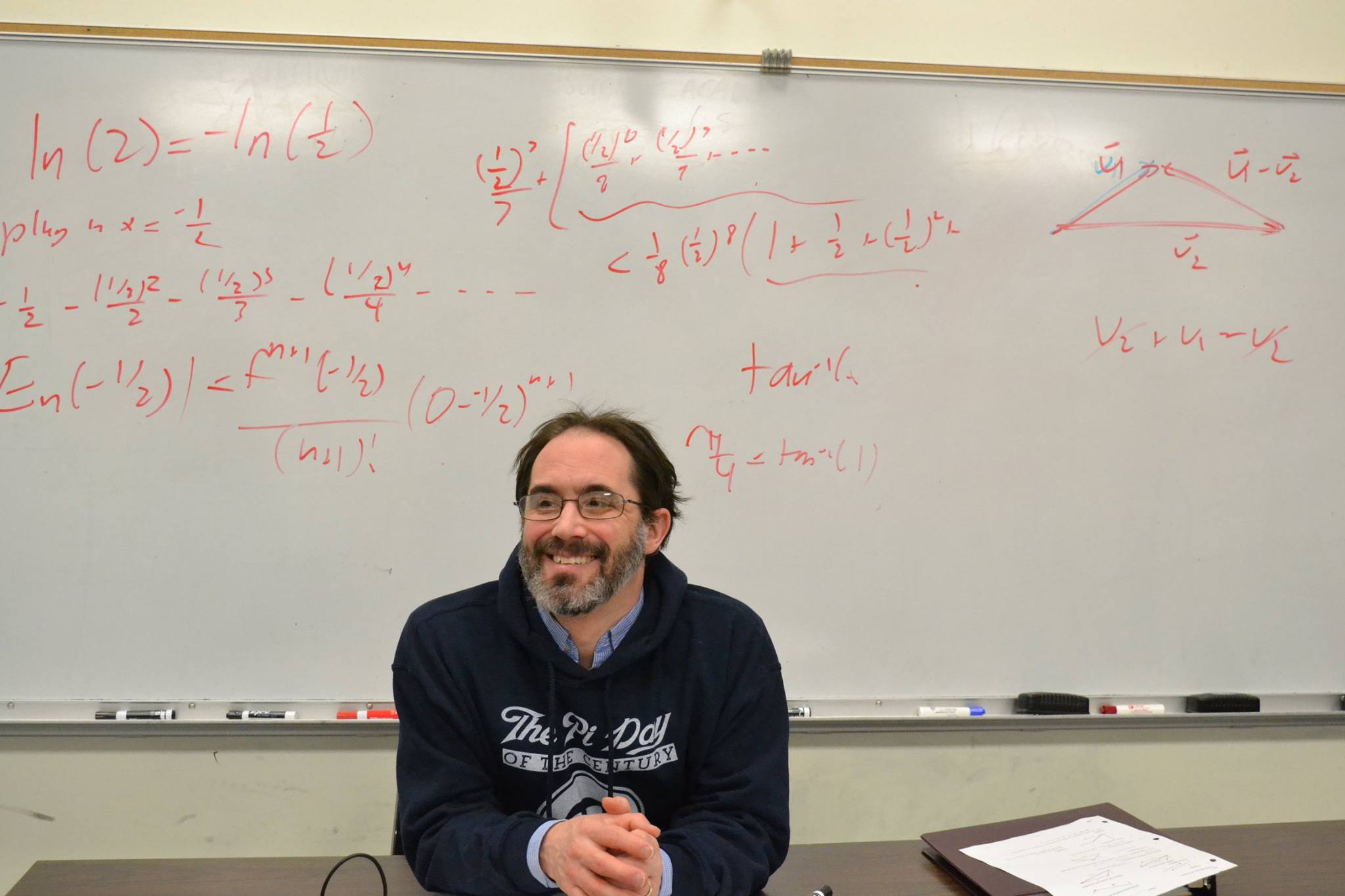 What has changed, specifically here at IMSA, over the years you’ve worked here that you wish hadn’t changed?

“It seems that people as a whole have changed and it’s filtered into IMSA [that] students aren’t as curious as they used to be. They’d rather just go look it up instead of trying to figure it out, right? It’s like people are afraid of work. I wish people would be more interested in just rolling up their sleeves and trying to figure stuff out and puzzle through it. And, like I said, it’s change in society as a whole, so IMSA students just come naturally with it, and IMSA adults, too.”

So you mean incoming IMSA sophomores just seem to come in with less curiosity?

“Yeah, I mean it changes a tiny bit, year over year.”

“So, this was a long time ago. We had a very famous dinosaur hunter. He goes out and looks for fossils and bones and stuff. But he gave a lecture to IMSA students, and you know how often, when we have invited guests and we give them a shirt, a t-shirt or something like that? So, the person who came out to give him the t-shirt was dressed as Barney the Dinosaur.” Be the first to comment on "Humans of IMSA: Dr. Fogel, Mathematics Department"