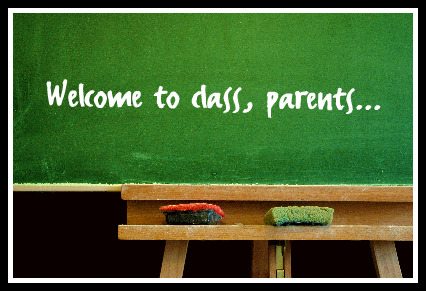 Students work sedulously hard to obtain their grades at IMSA, many attending up to eight classes some days of the week, each class totaling 55 minutes. Yes, do the math. If only there was some method through which parents would be able to understand the academic struggles of their students. Some way for teachers to exercise their authority and the lesson plans to the parents. Indeed, such a manner exists. Parent day, although not unique and exclusive to IMSA, occurs every year for the primary reason of enlightening parents about the daily lives of their children, expectations and curriculums of their courses, as well as inside looks into their residential and extra-curricular lives. Perhaps in the exigent atmosphere of the prestigious learning academy, parent day is more necessary than in other schools. Parents would be glad to hear of their child’s accomplishments inside and out of the classroom. And if the teachers had some suggestions for improvement, the parents could serve as another liaison to get a learning message across to their students as their utmost goal is to see the success of their child.

Although parent day was not mandatory, it was highly recommended by teachers that parents attend. Parent day was in fact beneficial to the teachers as well. It would allow them to expunge any withheld compliments (or criticisms) of their students to the parents. In doing so, the parents would be able to adopt a more proactive role in the learning of their children. If the parents are more influential and motivational in the lives of their children, certainly the teachers would be able to do their jobs better and more fluidly, having mostly students who do their assignments. Ideally, a teacher transforms the intellect of a students because the students does what he/she asks to the fullest degree. It is evident that students are more likely to listen if there are told by both the parents and teachers; this combination is similar to forming an ameliorative alliance for the sake of the student.

IMSA’s parent day 2015 was on September 12th from 8:00 and lasted until 3:45. Those who lived near left their house the morning of the event but those who lived too far came the day before and remained in hotel. Regardless, the parking lot on parent day was overflown with cars, a rare site on a campus where very few students are permitted to have a car. Upon entering, parents are given an itinerary and schedule for the day that somewhat mimics that of their students’. The day began with a meeting organized by the parent advisory council (PAC) from 8:00-8:45. The council addresses common concerns of the parents at IMSA and begins the day with a series of reassurances while recruiting new members. The PAC is important and must be replenished with new personnel so it can continue to educate parents of the coming generations. Following the short meeting, parents adhered to their child’s class schedule from 9:00 to 12:45. However, instead of 55 minutes, each class was only 25 minutes. Parents, in that timeframe could have talked to the teachers and heard the teacher’s comments in the designated classroom. This balanced the population of parents across the classrooms, ensuring that no classes were overfull or underpopulated. This sample of a busy student’s day was given a hiatus with a subsequent 45 minute lunch break. However, parents did not eat in Sodexo; instead they ate in a potluck consolidated by donated dishes of other parents of the same hall as their student. For students it was an enjoyable alternative even from the palatability of Sodexo while for parents, it a wonderful meal at no cost. At From 1:30 to 3:45 parents had a final task of attending an SIR meeting which helped elucidate the workings of SIR, the staple student-research program of IMSA.

In free time, parents were free to explore the building, speaking with other staff members, residential counselors, and learning about new programs such as IN2, the innovation hub. Student helpers were dispersed everywhere, guiding parents to their destinations out of the kindness of the heart and for volunteer hours. To terminate such a beautifully hectic day, the parents finally talked with the college and academic counselors (CACs) of their students discussing the journey of their child beyond high school and obtaining answer for their solicitous concerns. At the day’s end, parents did not simply leave, for many would not see their children for another week at the least. They took their child out for some time and chatted as a family. Parents expressed their love however they could have before leaving their children to the labors of IMSA and the very teachers who help them to their success.

Be the first to comment on "A Day for Students, Teachers, and Parents Alike"