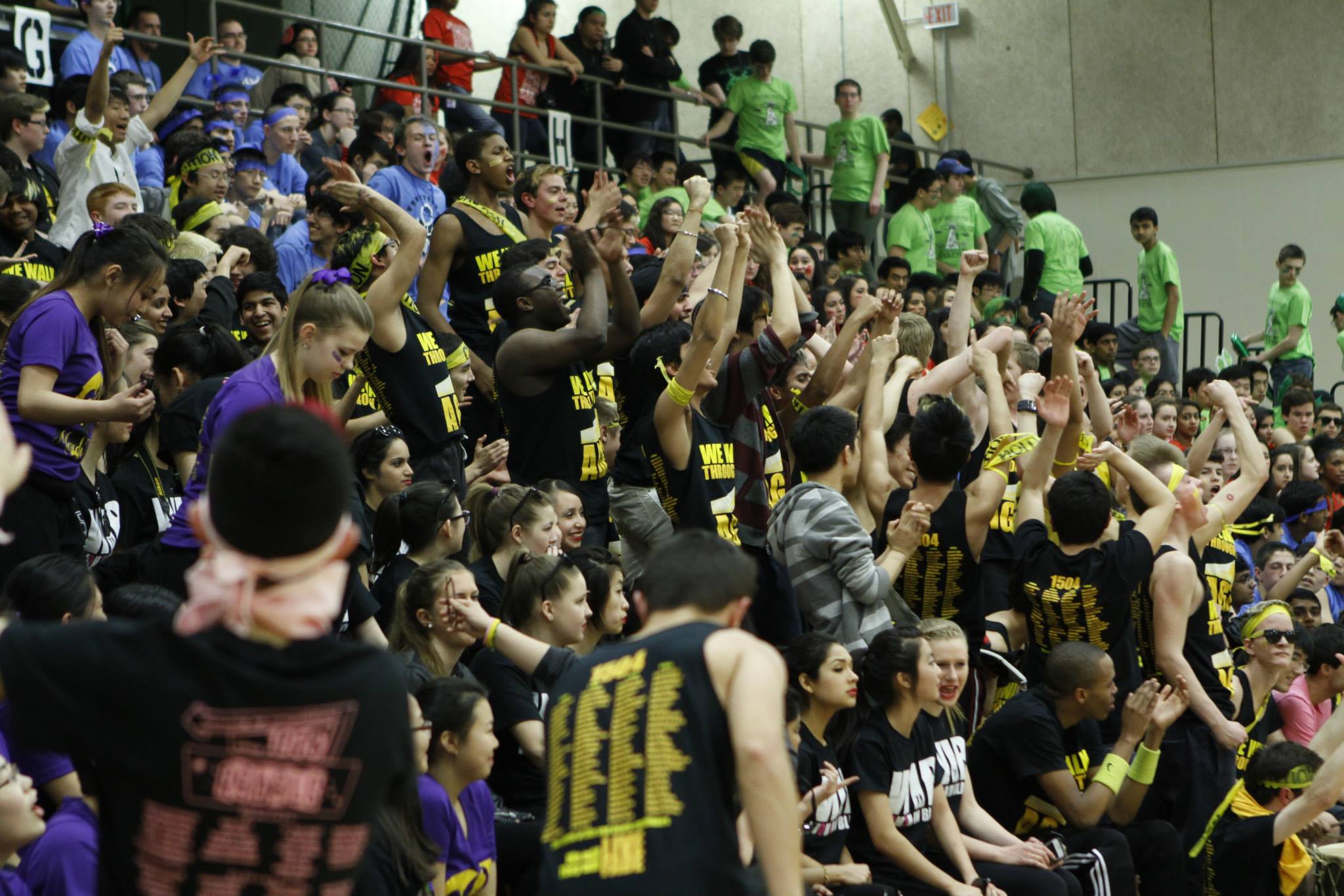 Two months of preparation, one week of madness later, and it’s really over.

As a Community Developer, I held my reservations about Clash, especially last Sunday, when everyone was so ready to hit the ground running. At that time, the hall commons were a mess–streamers, balloons, and tape littered among styrofoam and countless feet of butcher paper. You could hardly see the floor.

Meanwhile, the mural team had just received the canvas and had only begun sketching. The draft looked complicated, for one thing. Ambitious, for another. A part of me wondered how we’d even manage, with such little time, to turn a blank canvas into the glimmering big top of our artistic vision.

After 10-check, drill team was still practicing in the main gym, and from what I’d heard, it seemed that our hall had a long way to go before it could be streamlined and together. They weren’t due to return until 10:20, and we needed all the extra hands we could get. After all, the decorations still had a ways to go.

In my hall, the sentiment, was quite divided. Some were going for the prize, with no other thought in mind than victory. Others, like myself, simply wanted everyone to have fun. Others still weren’t excited about Clash at all.

I really didn’t know what to expect in the coming week.

When Monday came, though, I was impressed with the sheer amount of discordance on campus for Clash dress-up day. Suit jackets with sweatpants (faux pas!), floral with plaid and polka dots (blasphemy!), and other fashion disasters. After school, I took a quick tour of all the halls, and in the minutes before 4:30, each buzzed with energy, hard work, and triumph.

In truth, every event of the week showcased talent, diligence, and hall pride. From hall movie, which presented everything from horror, action, drama, and comedy, to talent show, which displayed everything from jump rope, ballet, dance, and beatboxing. But beyond the hall spirit I’d expected, I saw an undeniable campus unity bloom. 07 boys chanted with 04, pr04ever, and other halls joined in too. Oh-oh-oh, oh-six, blue-ha oh-five, YOLO-seven.

As the week went on, my reservations steadily faded, replaced by eagerness. The atmosphere was far from the bitter rivalry I’d feared, but instead, each hall pushed its own limits and, in turn, encouraged the other halls to be better as well.

The Minute-to-Win-It game was so realistic–the lights, the timer, the challenges. And of course, the week culminated with the pep rally, in nearly three hours of relentless energy and excitement.

By the end of it all, everyone had put forth their all. It became hard to remember where one hall’s loyalty ended and another began, because in the end, we were all together as Titans. Although Clash can only crown one victor, in one way or another, we’ve all won something.

The entire experience couldn’t have been possible without so many different groups of people. StudCo and CAB, for running the show. RSLs, for their encouragement and guidance throughout the preparation and the week. ACs and RCs, for their continuous support (6am practices are hard for RCs too!). Student Life, in particular, Amy and Keith, for all their hard work. ISP, for being so reliable with all the filming, editing, and photographing. Judges, for their time, and teachers, for being generous and understanding of this week.

And of course, all the talent and teamwork that everyone in the community put forth for the family we’ve built here. Together, we share this sometimes crazy, always unforgettable IMSA experience and unite as Titans, proud now and forever.