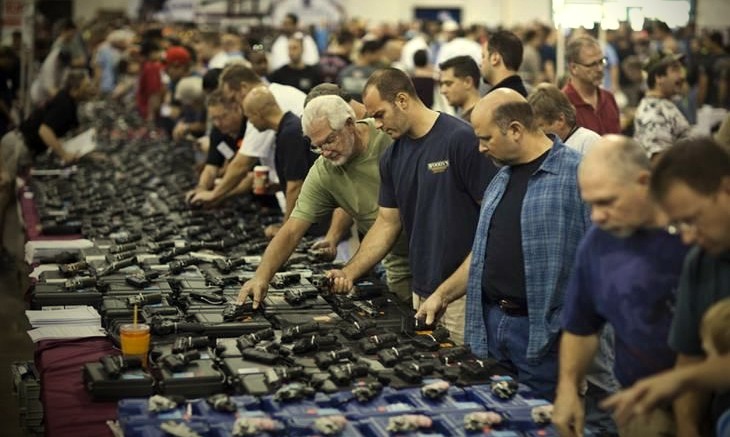 The recent number of mass shootings has sparked a very public and opinionated debate over the regulation of firearms in the US. The GOP and its supporters have continually preached the logic that by having more Americans armed with guns we can stop mass shootings.

This argument is simply illogical. Many have pointed out that having everyone firing their weapons in these situations creates obvious problems for law enforcement. Another problem is that this logic calls for a society in which every citizen is free to walk around in public with a concealed weapon. Who wants to live in a place like that? Finally, the most concerning aspect of this logic can be best summed up in this quote from Liberty University President Jerry Falwell, Jr.

“It just blows my mind when I see the president of the United States say that the answer to circumstances like that is more gun control. . . . If some of those people in that community center had what I’ve in my back pocket right now…is it illegal to pull it out? I don’t know. I’ve always thought if more good people had concealed-carry permits we could end those Muslims before they walk in and kill… I just wanted to take this opportunity to encourage all of you to get your permit. We offer a free course. Let’s teach them a lesson if they ever show up here.”

This is the sort of talk that should concern everyone. Falwell is saying that college students should conceal and carry weapons to “end those Muslims.” “End those Muslims”? Since when was racist hate speech a part of university convocation? “Let’s teach them a lesson”? It’s scary that unnecessarily aggressive talk like this is not foreign to even political candidates of late.

What’s even scarier is that Falwell thinks that university students with guns will somehow be able to identify Muslims who are terrorists and kill them before something bad happens. The logic that all Americans can pick up arms and defend themselves from terrorism stems from the idea that the Western fight against terrorism is a black-and-white conflict. Marco Rubio recently called the fight against ISIS a “clash of civilizations.” This conflict is infinitely more complicated than that, and calling radical Islam a “civilization” only fuels more hatred and racism towards all Muslims.

Be the first to comment on "Gun Control After San Bernadino"