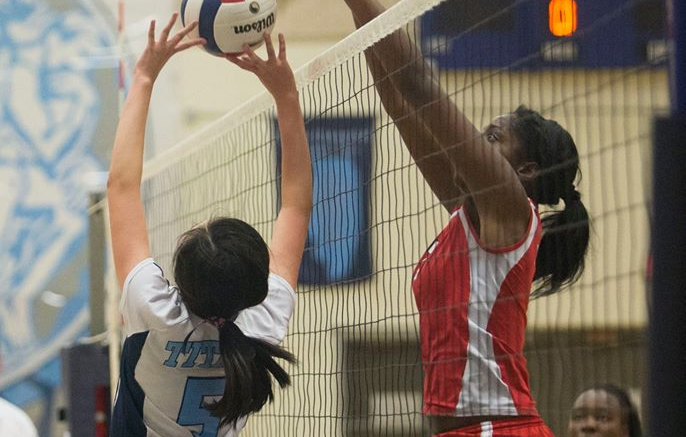 It’s finally time for IMSA basketball season. Time for Sophomore Class Club funds to skyrocket while the concession stands go crazy. Time for Dance Team to bust the flashiest moves with the flashiest kicks at our halftime show. Time for the angry cheers of IMSA parents, the mispronunciation of every starter’s name, the buzzer beaters, the technicals, the victories, and the failures. It’s also time for IMSA stereotypes to be capitalized upon, where both other schools and our own Titans wander into the main gym, holding naively onto the notion that we are good for nothing more than math and science. Whether consciously or not, many wander in there expecting a certain score, anticipating a certain outcome, and grasping onto a cruel stereotype.

And while such a chant embraces our “Too School for Cool” mentality and nearly highlights how inaccurate the stereotype is, it has the  potential to propagate an untrue impression of the school. Because while IMSA does handpick those who hold their academics as high priority, many forget that students are moreover renowned for the enthusiasm they put into all of their passions and interests. Whether it be investigating neurodegenerative diseases, perfecting and refining an Illinois Congressional Bill, or hustling down the field to score a goal, students are capable of putting their heart and soul into everything they do. And while IMSA athletes will commit to their sport, both physically and emotionally, the stereotype of nerdiness and repeated failure is a whole other obstacle to overcome.

Dhara Patel, Class of 2017, shows pride in dance team’s mind blowing performance at a regional competition this past weekend, where they took 1st in Hip-Hop and 3rd overall. “We were very stressed out. Because the thing is, IMSA has gone to state 5 times before we have. Honestly, we got there, and we performed, and we were like ‘That wasn’t a bad run, let’s just see what happens.’ But when we figured out that we won, it felt like we beat all the odds. We went up against other teams that have been practicing since the summer. And the fact that we pulled it together, it just shows the ability of the IMSA community. It’s not just the dance team. It’s the people that support us too.” And while Dhara trusts the community’s ability to shine, she can’t help but feel thrown off when hit by stereotypical remarks. “Last year on the dance team, the stereotype was a problem, because we were underestimated. Whenever we would say we were from the ‘Illinois Mathematics and Science Academy’ people would say things like ‘oh, don’t you guys not play sports there?’ They underestimate the power of how much work IMSA kids are going to put into their sport.” She remarks on the capabilities of IMSA athletes. “In public schools, we have summer camps to build up an athlete’s strength before the school year. IMSA doesn’t have that. And we still pull through so well. And it kinda hurts sometimes when people don’t expect from us.” Although IMSA athletes may have an extra hurdle to jump over when it comes to the stereotype, they are strong to put hustle and pride into their sport.

And with the intense pressure to perform that comes with athletics, as well as the mental and physical strength needed to persevere and vanquish, it is a wonder how high school athletes persevere and vanquish above all other parts of their lives. Alex Yow, Class of 2017, explains the relief a sport provides in his life, and the balance it teaches him: “Although most would think academics are harder while in a sport, I find myself more motivated during that time. Sports help to clear my head, and I understand my lack of free time because of the time they take up. so I am definitely much more efficient in my work.”

Research conducted at Cornell University led to some interesting conclusions about high school athletes. Supposedly, those who play high school sports are inclined to have a better job with better pay in the future. While such studies do not guarantee future success for all those involved in athletics, the core argument in this research is valid in recognizing benefits that come with involvement in high school sports. Being an athlete teaches you things you cannot learn in a classroom. John Valin, Class of 2016, explains cross country has helped him grow. “I think I’ve improved in being a leader. I have learned how to balance everything, how to challenge myself, and when to not push any harder for the sake of my sanity.” Moreover, Valin remarks on how his team provides a support system. “Being an athlete is like being in a family, especially at IMSA. It gives me a time to hang with a bunch of people everyday where we have fun and improve.” Alex Yow makes similar connections. “There have been countless times where I wished I could play with my team from back home, yet the bond you build with the players here is very strong. I consider some of my teammates to be my best friends.” Involvement in sports not only teaches how to truly earn school pride, but also how to make lasting friendships both on and off the field.

Each moment where you need to work together, take command, even step back to let someone else handle the team teaches teamwork, leadership, and understanding of one’s role. All of those moments of defeat, or those on the edge of glory, teach strength and perseverance. You will learn healthy living. You will learn time management. Most of all, you will learn how to persist with your passion. Persistence means recognizing if you are on the brink of failure, and pushing yourself to the brink of success. Persistence means perfecting past the point of perfection. It means working hard, knowing you have a role to fulfill, and doing it for yourself, as well as those that count on you. Regardless of stereotypes and the crude public eye, involvement in a sport here is a matter of unity, learning, and pride.

Be the first to comment on "The Real Fight: Inside IMSA Athletics"