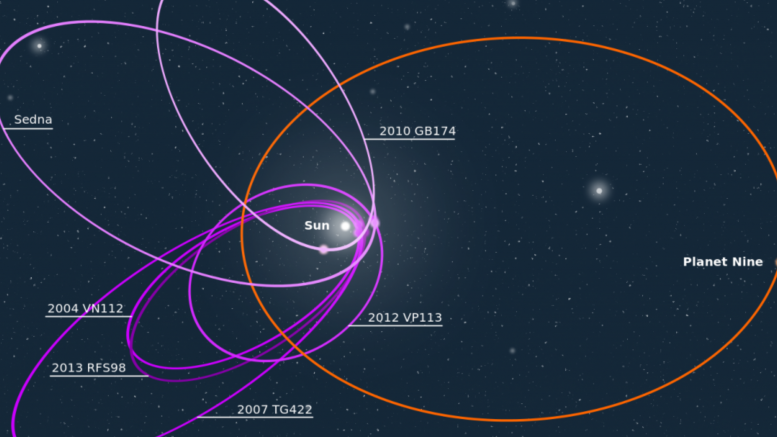 Beyond our universe and then some, there is a little prince aboard Asteroid B-612. On it lives a little boy, a prince, the titular character from the imagination of Antoine de Saint-Exupéry in his book The Little Prince. If we ever were to find Asteroid B-612 in our universe it might be classified as an exoplanet, orbiting a star outside our solar system. What lies within Earth’s own solar system has yet to be fully revealed, but knowledge of the unknown has been furthered by the recent discovery of a potential ninth planet.

Astrophysicists Konstantin Batygin and Mike Brown from California Institute of Technology have been credited with identifying “Planet Nine.” With mathematical models and computer simulations, Batygin and Brown analyzed anomalies in the orbits of other bodies in the planet’s solar system, the same technique used with the discovery of Pluto.

Evidence suggests that the planet is nearly spherical, and has an elliptical trajectory. It travels approximately 250 astronomical units to complete its orbit, four times beyond that of Neptune. A complete orbit around the sun is estimated around between 10,000 and 20,000 Earth years. Brown and Konstantin utilized gravitational perturbations to determine such characteristics, alongside minute changes in other objects known to Earth’s galaxy, such as orbit variance and atmospheric swings.

As always, after a new discovery in space, “Planet Nine” is a reminder of the reasons people continue exploring past Earth and our galaxy. Both products of technological evolution since the first space expedition, memory foam and water filters were born at NASA. By investigating further into the unknown, scientists serve mankind directly, facilitating the creation of new inventions. The mystery and ongoing study of the universe is also a monument to human wonder, and by extension, human creativity.

On the expanse of his miniature home, the fictional little prince tends to flowers, digs up infestations of baobabs, and looks after his volcanoes. Asteroid B-612 may have resided within the bounds of Saint-Exupéry’s imagination, but its youthful inhabitant has reached the imaginations of many more. Narrow-mindedness impedes “the adults” in The Little Prince, while the prince, much like a child, is far more open to the peculiarity of life itself. While still naïve in the most innocent of ways, the prince broadens his view throughout his journey across the universe.

Although we lack a means of travel as easy as what fiction supplies, the potential of the cosmos cannot be put aside. The last frontier is space, the largest limit. If mankind ceased space exploration and questioning the unknown, nothing as large as “Planet Nine” or as small as “Asteroid B-612” could ever be found, inspiring and alluding to “more” in the future. Planet Nine is still a bit of a mystery, but with the continuation of research, scientists could wholly verify its existence and more – maybe even the Asteroid B-612.

Be the first to comment on "Scientists find evidence of ninth planet, author imagines asteroid"