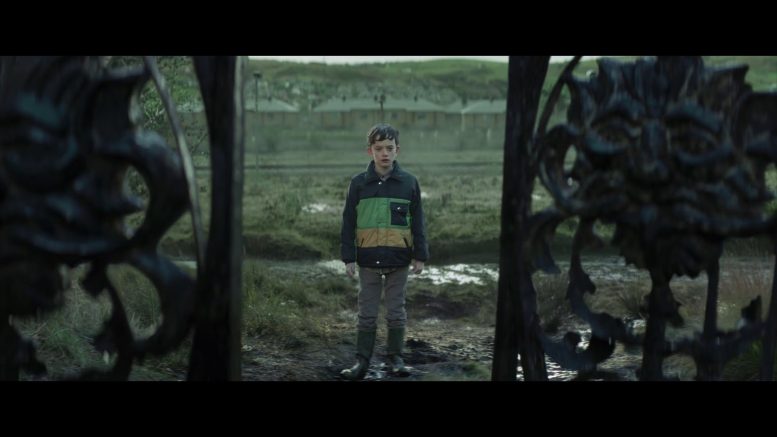 The Christmas season is just over two months away, and Hollywood is not short on 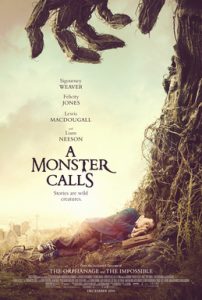 producing films just in time for families to enjoy on a couch in front of a heated fireplace. Although “enjoy” may not always mean the movie is one that stirs up nice feelings inside of people, it can certainly still mean that viewers come away with something valuable from the film.

Although reality is etched all over it, A Monster Calls has all the feels of a genre story. The constant display of nature, the curious presence of a big anthropomorphized tree, and the clear distinctions between the underdog protagonist and generally unlikable antagonists—all of these are elements of tales that not only excite and captivate the minds of children but also intrigue and in some cases provoke the minds of adults.

A Monster Calls is full of weighty emotion and characters’ internal and external struggles and realizations, especially in regard to the film’s young protagonist, Conor O’Malley (played by Lewis MacDougall). Viewers may or may not be prepared for the emotional roller coaster that the protagonist takes them on, as he battles his own inner demons: watching his mother slowly lose her battle with cancer day-by-day, enduring harassment at the hands of school bullies, longing for emotional help that no one seems to be giving. The amount of inner turmoil Conor must endure is enough to create a layer of heaviness and thoughtfulness that settles over the audience.

As storybook-like as it is, this film pulls no punches when it comes to depicting grief. Grief is common to every soul on earth; the only difference is how different souls take it. Everyone knows what it is like to feel powerless to the many forms of grief, although it is not every day that talking trees come to the rescue of children in emotional crises. Granted, films about underdogs facing bullies have been around for ages, but A Monster Calls takes advantage of this issue still being relevant today. However, this film is nothing too depressing that will dampen the mood of family and good cheer at Christmas time, but definitely a true-to-life film.

A Monster Calls is not necessarily a must-see, but perhaps not a film to just brush off. Maybe treat yourselves this holiday season to a film that depicts real life with a sprinkling of fable-like features that appeal to both children and adults alike. Expect a balance of bitter and sweet, and to leave the theater feeling thoughtful.

Be the first to comment on "_A Monster Calls_ : A Poignant Reality Check"