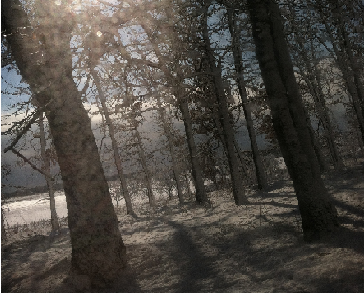 When asked about her first few months at the Illinois Mathematics and Science Academy, sophomore Jane Doe enthusiastically praised the exclusive learning environment, one that “really can’t be found anywhere else in the state of Illinois.”

“I feel like I’m touring Antarctica!” Doe exclaimed, attired in a heavy-duty parka, cotton snow pants, fleece winter boots, and a wool scarf. “I love the freezing temperatures—it’s probably a leading factor in success at IMSA.”

The educators seem to agree with this assessment. Dr. Brown, a math teacher and psychologist, said that the air conditioner is the newest form of motivation for students.

“The colder it is, the harder they work,” he explained. “I remember one week when, despite my professional advice, the administration was actually foolish enough to keep the building at a normal, above-zero temperature! The heat caused my students to fall asleep, and the next week, all of my classes failed their calculus tests. It was unacceptable.”

The administration admitted to the mistake, promising that it would not happen again.

“That incident was a severe blunder on our part,” said a spokesperson from the principal’s office. “You see, many of the students had gotten hypothermia or frostbite, and a few died on-site, so parents started calling in. We thought that a little warmth here and there would be alright, but I am sorry to say that we have been proven wrong. Teenagers simply cannot be trusted. IMSA must remain at arctic temperatures in order to maintain our standard level of achievement and excellence. No other way ensures our continued record of success.”

Additionally, the cold environment works well with the budget plan. Since IMSA currently has an obscene amount of money, it is only natural that the school will put it to full use towards their goal: igniting and nurturing creative, ethical, scientific minds that advance the human condition.

“I intend to fulfill IMSA’s mission statement by advocating for polar environments in all schools,” said senior Liam Madison, a three-time national science fair finalist. “My research showed that the facility’s temperature was the leading element to my own academic success. It is only reasonable that other students be given the opportunity to experience the same conditions I was lucky to have.”

“Now that it is getting colder inside, students stopped hanging their jackets up. Now, they no longer use lockers and come bother us because they lost something. You have no idea how annoying it is when the lost and found box overflows with coats, or when we have to sit there and listen to one student accuse another of stealing his winter stuff,” said Max Thomas, Chief of Security.

“It helps with the dress code, too,” said Doe. “Every student who decided to wear skirts and shorts when the temperature reached below zero has been hospitalized for either hypothermia or frostbite. Nobody gets in trouble anymore—they either live or die. We get to witness natural selection in progress.”

Be the first to comment on "The Ultimate Learning Environment"