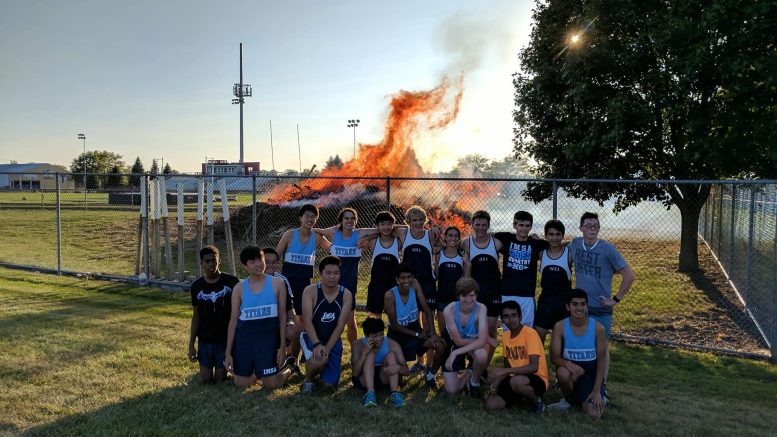 AURORA, IL- Following their cross-country victory on Thursday, IMSA athletes gathered to participate in a long-standing Titan tradition: setting fire to Aurora Central Catholic (ACC).  Attendance at this Thursday’s celebration ran particularly high, especially as this week’s burning marks the largest and most severe of several throughout the years.

Aurora Central Catholic, however, is already throwing itself into the reconstruction efforts. “God works in mysterious ways,” said one school official, “and that includes letting our school burn down every once in a while.” Compelled by a strong desire to begin charging its $6,000 tuition again, as well as an unyielding love of Christ, the school has begun construction on a new, nonflammable structure.

As to the question of why ACC hasn’t simply considered relocating? It’s just not a viable option, claims the school’s president Bernet Down. “In this political climate,” he says, “no one is safe.”

Be the first to comment on "IMSA Students Torch Neighboring School"