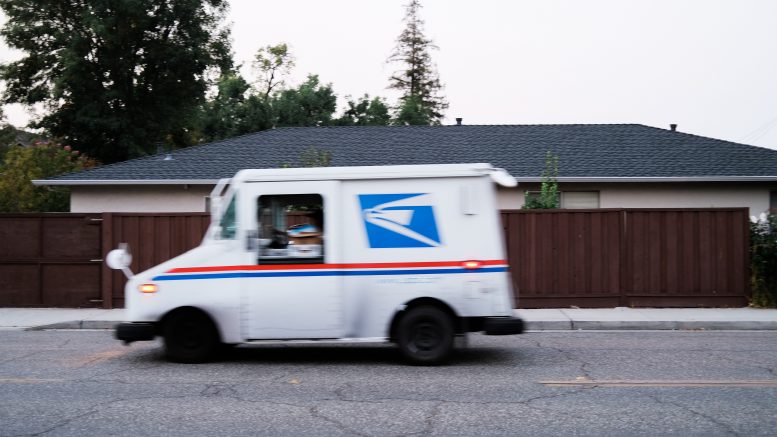 As the USPS is experiencing expense reductions and facing difficulties with deliveries, the postal service and its workers have become more significant than ever. Recently, there has been a national slowdown of mail. Whether it is reports of backlogs of letters and packages or the immense delay of the shipping of mail, questions about the United States Postal Service need to be answered.

What’s happening to the USPS?

For context, as a government service, the United States Postal Service has been losing money for years. In June, President Trump appointed new postmaster general Louis DeJoy with the responsibility to make the Postal Service more profitable in order to address this problem. Because of cuts to overtime, delivery trips, and expenses that ensure mail arrives on time, there has been a national slowdown of mail. Carriers usually start trips later to match postal processing plants, which often run a bit behind schedule. However, DeJoy’s “operational pivot” that requires carriers to make trips on time without regard for the plants means that some portions of mail are often left behind and can only be sent out the next day. As a result, the amount of mail to be delivered has slowly but steadily built up, and carriers are not able to work overtime to make sure that everything is delivered by the end of the day.

The slowdown is evident. According to data shared by the USPS, deliveries slowed down in July, which was around the time that DeJoy’s changes went into effect. In the Eastern region, the percentage of mail that was delivered on time fell from 91 percent to 79 percent. In other areas such as northern Ohio, the rates fell as low as 68 percent.

Why is this significant?

Now that the delivery schedule for mail has been shifted over by a backlog of up to two days, previously calculated expectations for the timeliness of deliveries are becoming inaccurate. Companies that ship fresh food, live plants, or animals in the mail have to face a higher chance of their products perishing if their package is delayed for delivery until the next day or two. Their shipping schedules, which have already been calculated to maximize the survival of their product, are entirely thrown off by the delay. And the postal service workers are the ones who have to deal with rotten food, plants, and dead animals. Patients who receive their prescription medications in the mail have also reported a delay in the arrival of up to a week, which could pose significant health and safety risks for some.

Another reason for concern is the system of mail-in ballots that the USPS is responsible for. The postal service is warning voters that even if all mail-in ballots are sent in before state deadlines, they might not be received and counted in time before the November 3rd election. That presents the dangerous possibility of millions of votes not being counted and election results becoming skewed and inaccurate. President Trump has also claimed that mail-in voting increases the chances of voter fraud, so he may not step in to amend the situation.

Even without the responsibility of having to manage the mail-in ballot system, the USPS is steadily running out of funds and will soon be unable to operate at its current rate.

What can you do?

As students, you can sign petitions and email local legislators to advocate for the USPS and the importance of funding it. If you have recently seen any Instagram stories or posts on your timeline with these prompts, please take five minutes out of your day to do so. You can also contact your congressional representative and ask them to advocate for the direct funding for the USPS. Here’s a basic script if you’re not sure how to write the message:

“Hello. I’m from [ZIP] and I’m writing to ask you to support emergency funding for the U.S. Postal Service to ensure delivery of crucial supplies and mail-in ballots. Can I count on you to support including direct funding in the next coronavirus relief bill? Thank you.”

If you choose to do this, make sure to add substantial reasoning behind why the survival of the USPS is important to you.

You can also buy stamps, stationery, cards, and USPS merchandise at their store! A little goes a long way, and stamps are a direct profit for the USPS. There is a USPS crop top, by the way (along with a dog costume). Search it up if you are intrigued.

If you are eligible to vote, vote early. Sending in your ballot well before the deadline helps spread out the workload and makes sure that postal service workers are not overwhelmed at the last minute.

It’s time to give back to the USPS, who has always been there for you.

Be the first to comment on "What’s Happening with the USPS?"