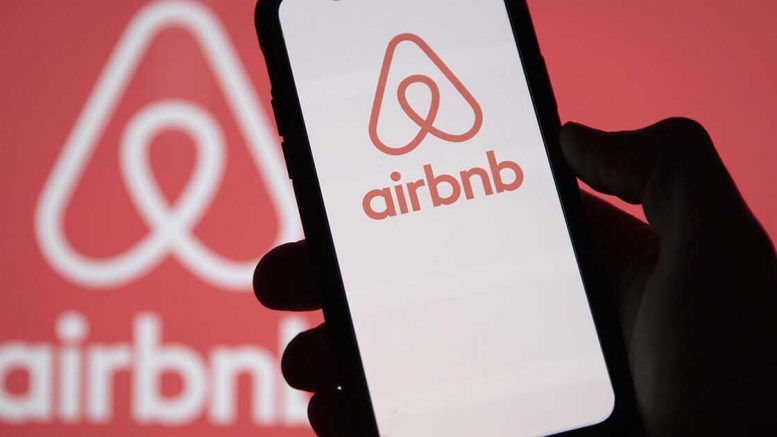 The ethical and legal issues of a rental housing system that focuses on convenience | Source: ValueTheMarkets

As the weather grows warmer, many Americans are starting to make plans for summer vacations. One option of lodging for travelers that was popular even before the pandemic is Airbnbs, which offers a short-term rental home-level quality stay. Although Airbnb usage is estimated to have fallen by 60 percent over the course of the pandemic, they may rise again during a time when gathering in large crowds and visiting densely populated areas are still discouraged, but vacation options are starting to open up. For this reason, Airbnbs seem like the perfect choice to “not seem like a tourist” while still staying within budget. However, there are several ethical issues that have come to light and should be considered before jumping on the Airbnb bandwagon.

Firstly, there is the problem of Airbnbs affecting local housing prices, especially states within the U.S. For example, New York has some of the highest numbers of Airbnb listings in the nation, due to its popularity as a short-term sightseeing destination. New York state laws prohibit apartments from being rented for less than 30 days to keep the long-term supply of property available to locals. Such rules are put in place to preserve affordable housing rates for local residents, but Airbnb practices constantly violate such regulations. In fact, 72 percent of such reservations made in New York in 2014 were illegal, according to a report released by the state attorney general’s office. Irrespective of New York, Airbnbs have an impact on housing and rental prices in general. A study found that a 1 percent increase in Airbnb listings leads to a 0.018% increase in rents and a 0.026% increase in house prices at the median owner-occupancy rate. At a lower owner-occupancy rate, the effect of Airbnbs is even greater. Visitors being able to rent properties temporarily increases the demand for local housing; for instance, in the Spanish island of Palma de Mallorca, the price of residential rents rose 40 percent in 2018, making housing unaffordable for local residents and subsequently pushing them out. Cheap vacation trips should not be done at the cost of local residents and for this reason, Airbnbs have become a harmful and unethical choice of temporary lodging.

There is also the question of the legality of Airbnbs overseas since the policies of such rental homes aren’t necessarily adherent to housing laws in other countries. Particularly in Barcelona, almost half of the holiday rentals in the city are unlicensed and therefore illegal. In 2019, Airbnb was fined €600,000 for advertising unlicensed properties and in doing so, violating local laws. In France, holiday rental properties can only be open 120 days out of the year; despite this, 44 percent of Airbnb listings in France were advertised as permanently available for rental in 2015. These cases, among many others, are the way a blanketed approach to holiday rental properties across international borders ends up accumulating violations across international borders as well.

Locals have also reported increased “tourist pollution” due to the listings of Airbnbs. In Japan, for example, its explosion in popularity as a tourist destination has led to Airbnb listings showing up in unzoned areas. As a result, numerous complaints have been filed due to noisy tourists coming and going often at disruptive hours, hosting chaotic parties in normally quiet neighborhoods, and otherwise completely disregarding and disrespecting local residents and their customs. This lack of compliance and consideration for local residents leads to the disruption of their environment and homes year-round.

In more recent times, when a significant portion of properties in a region includes Airbnb listings that aren’t being inhabited or rented out, the problem of empty properties sitting by idly becomes amplified. These properties are technically “owned,” so they are not up on the market, but still remain uninhabited due to a lack of tourists to rent them out, thus preventing the development and purchase of such properties while also not putting them to use, further exacerbating the scarcity of affordable housing.

Additionally, the users who list properties on Airbnb often times aren’t even the owner of the property in question, which is known as illegal subletting. It’s common of some listers to rent out an Airbnb while they themselves are a renter and may even be doing so without the knowledge of their landlord. This could prove to be a breach in the owner’s leasing agreement by allowing additional tenants to reside in the property — an unethical practice that could result in eviction.

There are several other alternatives to Airbnbs that are a more sustainable and ethical way of renting lodging in vacation spots without disrupting the local market or environment. Fairbnb was developed in 2016 as a service similar to Airbnb where homeowners can list their properties for rental, but in addition, 50 percent of revenue goes toward the funding of community projects of the locals’ own choice. Fairbnb listings are also required to follow local laws and regulations and abide by the “one host, one house” rule to prevent the exploitation of the system. This way of paying it forward in return for providing housing gives back to the local residents in the area and reduces the effect of any negative footprints left behind by tourists. Traditional Bed & Breakfasts are also a viable option and a great way to support family-run or otherwise small-business property rentals. Other practices include staying at hostels, housesitting (taking care of the homeowner’s property in exchange for staying), and couchsurfing (staying with other travelers in a single property), which are all considerable choices for the next time one is looking for a cheap and respectful alternative to hotels or Airbnbs.

Be the first to comment on "Disruptive Vacationing: The Ethics of Airbnbs"