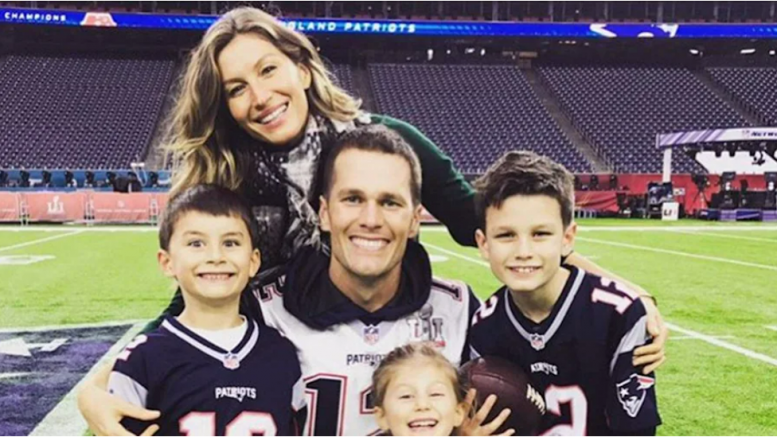 Tom Brady has been a quarterback in the National Football League (NFL) for a total of 22 years and has officially announced, as of February 1, his departure from the league. He had an outstanding career with the New England Patriots for twenty years and the Tampa Bay Buccaneers for his last two. It was full of many victories and great coaches, fans, teammates, and the like.

Brady played football at the University of Michigan and then started his professional career in 2000 after being picked by the NFL’s New England Patriots during the sixth round of that year’s draft. It had not looked too good for young Brady as being picked this late meant 198 players had been selected before him.

He got his big break in 2001 after getting to start when the then main quarterback of the team, Drew Bledsoe, was injured. This allowed Brady to lead the team to his first Super Bowl win that year.

After 20 years with the Patriots and lots of success, Brady made a change.

In March 2020, he signed with the Tampa Bay Buccaneers, helping the team franchise win the Super Bowl for the second time in their history.

He is a legend.

Throughout his career, Brady led his teams to ten Super Bowls, winning seven, six of which would be with the Patriots. Even when they didn’t make it to that famous final game, he would lead his teams to the playoffs, excluding only the 2002 and 2008 seasons, the latter in which he had a torn anterior cruciate ligament (ACL).

He set many records, being called the GOAT (greatest of all time) by many. These include being the oldest player to play in a Super Bowl (age 43), most Super Bowl appearances (10 times), most regular season, playoff, and Super Bowl wins (243, 35, and 7 times respectively), most passing yards (84,520 yards), and most passes in league history (624 passes), to name a few. He was also named Super Bowl MVP 5 times throughout his career and had 42 fourth-quarter comebacks.

He wasn’t just a football player, though, the 44-year-old is also a multi-business owner, a husband, and a father to three kids. Now he wants to step back from football and focus on these other important things in his life. Though people are sad to see him go, no one is truly surprised.

It is unusual for a player to stay this long in the NFL. According to the National Bureau of Economic Research, they typically only stay for about 3–4 years before they retire, 78% of which tend to lose their wealth after about three years of leaving.

But Brady has his retirement, moneywise, set out for him through his three co-founded businesses: his clothing company Brady Brand, his NFT platform Autograph, and TB12 Sports, his company focused on health and fitness.

He also has his family to be with. In an interview, he mentioned his wife saying, “You know, it pains her to see me get hit out there. And, you know, she deserves what she needs from me as a husband. And my kids deserve what they need from me as a dad. You know, it’s a — it’s what relationships are all about. It’s not always what I want. It’s what we want as a family.”

He played in his final game on January 23, 2022, a divisional playoff against the Los Angeles Rams. With about a minute left in the game, the score was tied, 27-27. The Rams kicked a winning field goal; Tom Brady lost his final game.

On February 1, he posted on his Instagram his official announcement of retirement, the first page of which stated “I have always believed the sport of football is an “all-in” proposition – if a 100% competitive commitment isn’t there, you won’t succeed, and success is what I love so much about our game. There is a physical, mental, and emotional challenge EVERY single day that has allowed me to maximize my highest potential. And I have tried my very best these past 22 years. There are no shortcuts to success on the field or in life. This is difficult for me to write, but here it goes: I am not going to make that competitive commitment anymore. I have loved my NFL career, and now it is time to focus my time and energy on other things that require my attention.”

In the following pages, he thanked his fans, coaches, family, and the like for everything they have done for and to support him including: “I think of all the great players and coaches I was privileged to play with and against – the competition was fierce and deep, JUST HOW WE LIKE IT. But the friendships and the relationships are just as fierce and deep. I will remember and cherish these memories and re-visit them often. I feel like the luckiest person in the world.”

People responded. He received well wishes, congratulations, and compliments about his career from his old coaches, the NFL, football legends such as Peyton Manning, and current stars like Patrick Mahomes II, to name a few.

Tom Brady will be missed, but it’s time for him to move on, secure in his status as the GOAT of the NFL.