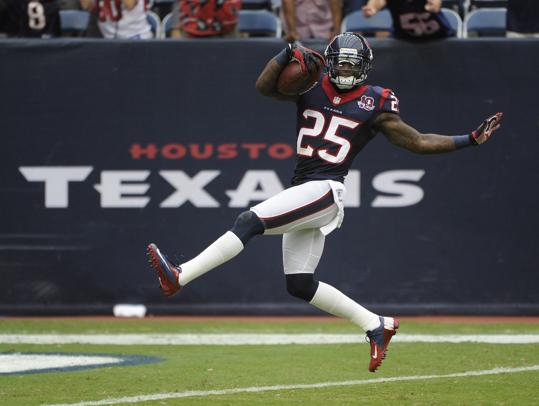 The top 5 teams remained relatively unchanged this week. I would like to introduce you to a new contributor for our weekly rankings, Mason Dearborn! He and I will be splitting the duties every week from now until the end of the season. I have provided comments on all of the odd ranked teams and he on all the even ranked ones. Enjoy!

Note: The rankings are based on the average of our respective rankings. In the case of a tie, the team with the highest individual ranking won. If you would like perspective relative to last week’s rankings, compare the team’s rank last week to my personal ranking.

They seem to be able to win by large margins even without much help from their offense. Because of this, I like them more than the 49ers going forward as they will be able to build cushions for themselves in games that San Francisco cannot match.

Matt Ryan is in the running for MVP right now with his play in this pass-dominated offense.  This new era of pass first, defense later has the Falcons at the top because of their excellent pass defense.  Are Jones and White the best wide receiver duo in the league?

Joe Flacco seems to be alternating between good and mediocre games.  A week removed from their statement win against the Patriots, the entire team just seemed a little flat.

Okay, so the 49ers have the top defense in the league, no doubt.  Shutting out the Jets in such a fashion was very impressive.  However,  the 9ers need to work on their offense and their redzone passing defense, which is ranked last right now, if they want to make it to where they deserve.

Their defense, which has been exceptionally adept at creating turnovers, could not muster any in their loss to the turnover-prone Eagles. Also, their running game looked stagnant.

Okay, so some of you might think this is high, but you don’t know what I know.  The defense is stunning; they’ve still got it.  Romo was trying to stop by to comment, but he kept getting intercepted.  The offense is revamped, with Kellen Davis and Earl Bennet having Marshall’s back.  Cutler is fulfilling his expectations by being 8-1 in his last nine games.  The line is coming together, showing significant improvement last week against the Cowboys.  Devin Hester is due for a return, I’m calling it.

Aaron Rodgers finally looked like himself which bodes well for this team going forward. Like I said last week, their defense had faced below average passing offenses thus far, so the fact that Drew Brees chewed through their secondary should not necessarily be surprising.

Cardinals, let me find them on this stat sheet for offensive yards.  Wow, I’ve been scrolling for a while…OH! Here they are, second to last!  They have the worst offensive line.  This team has linebackers, Larry Fitzgerald, and most importantly, Patrick Peterson.  They use their top-ranked special teams as their offense, punting, holding the other team, and then returning the next punt ten yards for a gain of 10 or so yards.  There undefeated record can’t hold.

I don’t think they should be ranked this high yet considering the strength of their opponent and their first half last week. However, they managed to pound the Bills on the ground and through the air. All in all, an impressive outing for a team that needed it.

Lesean McCoy has one touchdown this year, and Michael Vick has nine turnovers.  Vick’s favorite target, Jeremy Maclin is just now returning from an injury.  This team has so much potential, but they realistically are not the dream team they were being hailed as.

After their embarrassing defeat a week earlier, they needed to blow out the Chiefs. Surprisingly, it was their defense that got it done this week. I’m still waiting for Phillip Rivers to put up the numbers that we know he is capable of.

Andy Dalton is looking like a legitimate quarterback, ask any fantasy owner.  A.J. Green is stepping up his game.  Ben-Jarvus Green-Ellis came into the season without fumbling since high school but he has dropped that streak in fumbles in back-to-back games.  He still holds the title of “Coolest Nickname” with “the Law Firm,” however.

That was vintage Peyton Manning. Their running game also gets kudos for the assist. They will be facing another tough test this week in the Patriots. Manning vs. Brady? Let’s go!

Are the Vikings this high? They were awful last year, but things can change quickly…just ask the Saints.

Bye week last week. This week is a vital week for them. They need to beat the Eagles to keep them in the playoff conversation.

Bye Week this week. Tony Romo has shown to be simply average.  Dez Bryant also has a problem with dropping the ball.  These two players are the key to this team and need to step it up if they want to stop watching their playoff chances drift away.  You can’t tell me they are gonna beat out the Eagles or the Packers for the NFC Wildcard.

Russell Wilson can’t throw three interceptions and 160 yards and expect to win. I don’t care how good their defense is, it cannot overcome that.

Yeah this team keeps it close, but we will have to wait and see where they go.  Sam Bradford is coming off his sophomore slump and is working with Danny Amendola to try to improve his year.  I don’t think this defense is very good, and I don’t think Steven Jackson is as effective at this point in his career.

If Matt Cassell hadn’t thrown three interceptions, that would have been a decent game. However, he did and as a result the Chiefs go into a tough game against the Ravens fresh off of a blowout loss.

I like the offense! The weapons, look anywhere! Really, though,  Steve Smith has not caught a touchdown yet and his yards decrease each week.  They need a lot of work, but the field drops off here.

The Vikings shut down Calvin Johnson and the end result was that the Lions could not score many points. Their task isn’t going to get any easier as they are on the road against the Eagles for their next game.

The Jets are the Jets.  Look at what they’ve lost: Darrelle Revis, Santonio Holmes, a competent running back, and about 50 pounds off of coach Rex Ryan

They played good for a half. Unfortunately, in the second half you could practically see the defense barely attempting to stop the Patriots’ running backs Stevan Ridley and Brandon Bolden. On top of that, they turned the ball over six times. That isn’t a misprint. Six times.

Bye Week this week. They have a young, unproven QB in Josh Freeman, hit-or-miss receiver in Vincent “V-Jax” Jackson, and rookie running back running the show.  The strong run defense is carrying this team right now.

RGIII led his first comeback win of his career. However, lost in all of the hoopla surrounding him is the fact that his defense is giving him holes that are too big to dig out of.

They are done.  They lost Jake Locker, have a pitiful offensive line, and Chris Johnson will NOT be making a comeback.

Ryan Tannehill and Brian Hartline played out of their minds yet could not defeat the Cardinals. However, this game did give them something to build off of. Regardless, Dolphins’ fans should not get too excited. Tannehill and Hartline are not going to play so well every game.

All five foot six inches of MJD is not enough to carry this team to a winning record anytime soon.  The main problem: Blaine Gabbert is still in the NFL and this team decides the best way to improve the team is to take the only drafted punter in the entire draft this year… IN THE THIRD ROUND.

Yes, they almost beat the Packers.  The fact of the matter is that their running game is legitimately non-existent. As long as Drew Brees is dropping back to pass more than 50 times a game, they aren’t going to be able to be considered playoff threats. 0-4 to start the season doesn’t help their cause either.

Bye week last week. If this team wants to win, they need to play Chandler Harnish.  The Scalabrine of the NFL, Chandler Harnish was taken as the last pick in this year’s NFL draft, and he is the third QB on the roster.  This team drafted the top QB from this year’s crop, they just haven’t figured out which one it is.   No but really, they are pretty bad all around. Good luck, Andrew Luck…I hope you discover some fire for that team (Caveman joke…he looks like a caveman).

Brandon Weeden should not be throwing 50 passes in any game as a rookie. They need to start using their running game more and play the game of time possession otherwise they aren’t going to win. Especially not with their defense being what it is.

Bye Week. Really, there isn’t much more to say here.

Remember to post your comments below. Maybe even give me your version of the Power Rankings. In any case, enjoy this week’s football action!

Be the first to comment on "NFL Power Rankings: Week 5"