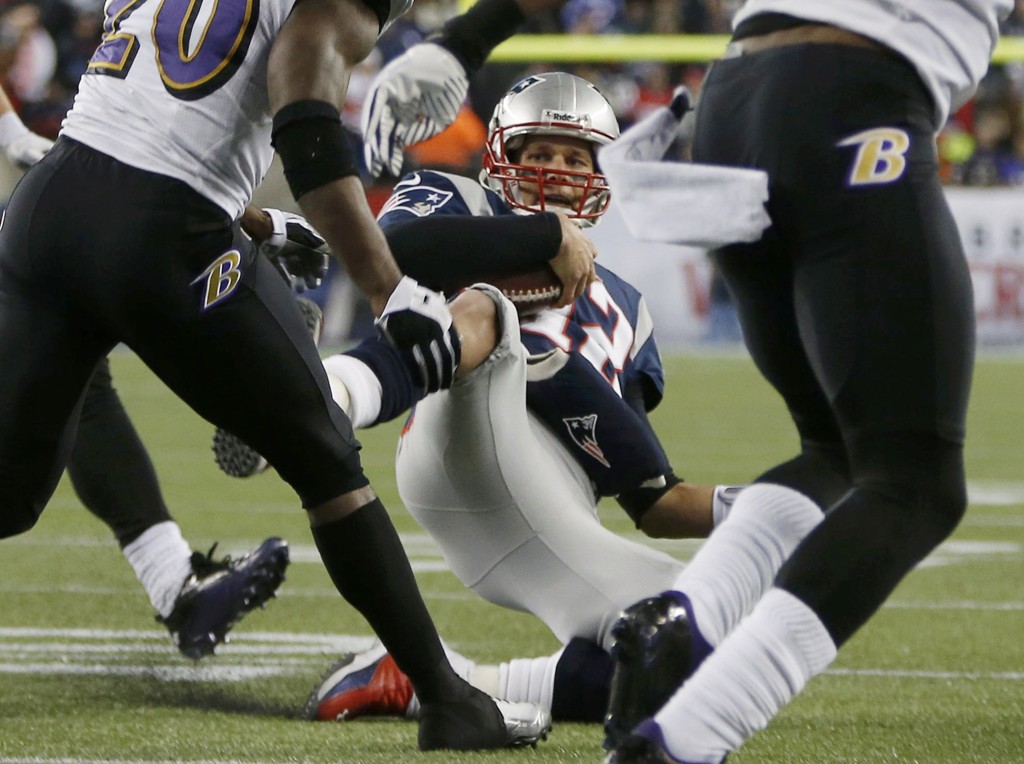 I’m not going to lie. This article is one of the toughest I have ever had to write.  Dealing with the failures of my favorite sports team (the Patriots) was infinitely easier when not watching ESPN and other recaps. However, to write this article, I cannot afford that luxury. Still, I can’t help but remember my previous coping mechanisms. For example, I used to pretend as if nothing happened for a couple days. I did that last year when they lost in the Super Bowl. The previous year was even worse. I tried to avoid the internet for an entire week when they were upset by the New York Jets in the Divisional Round. But, alas, it is time for me to grow up and stop treating sports so seriously. Make that my new New Year’s Resolution. Yeah… right.

Before we get to the game that will be the bane of my existence until opening-day kickoff next season, let us look at the infinitely more entertaining game between the Atlanta Falcons and San Francisco 49ers. At first, it seemed as though the Falcons were going to win quite handily. They scored an opening drive touchdown on a long completion between receiver Julio Jones and quarterback Matt Ryan. On that play, Ryan set the 49ers’ defense up beautifully with the play-action fake and Jones was wide open down the field. That pretty much set the tone for the rest of the 1st quarter. The 49ers had two three-and-outs while the Falcons drove down to tack on a field goal.

Within the first couple of seconds in the 2nd quarter, the Falcons struck again with another touchdown between Jones and Ryan. At this point, the score was 17-0 and the Falcons were in full control of the game. Regardless, I know everybody watching immediately thought back to the previous week when they held an even more commanding 20-0 at the half before the Seattle Seahawks stormed back to take the lead late. So, at this point, anything was still possible.

On the next 49ers’ drive, our predictions started to come true. Quarterback Colin Kaepernick engineered a clutch drive that ended in a touchdown. He followed it up with another long drive that cut the Falcons’ lead down to three. However, Atlanta countered and going into the half, the 49ers were still down by 10. In the second half, the game was dominated by the 49ers. Their defense shut down the Falcons and their offense managed to give them the lead halfway through the 4th quarter. Atlanta engineered a late drive down to the San Francisco 10 yard line but were stopped on 4th down, allowing for the 49ers to march on to the Super Bowl.

For me, the turning point in this game was Ryan’s interception on the Falcons’ first drive of the second half. The 49ers had just reduced the lead to three again and clearly had the momentum. All Ryan had to do was take care of the football and Atlanta could conceivably turn the game around. After all, they did manage to force a critical fumble in the 4th quarter so they had the capability to make big plays. Ultimately, Ryan’s interception not only interrupted his rhythm but also pumped up the entire 49ers’ team. From that point onward, the Falcons’ defense was unable to keep the 49ers from getting into field goal range while the 49ers’ defense continued to keep the Falcons’ drives short.

The second game, between the New England Patriots and Baltimore Ravens, played out like nobody expected. Instead of running away with the game, the Patriots were dealt a loss that will be hard to swallow for both the team and its fans (including me). So what went wrong? At first, it seemed as though nothing would. The Patriots were not blowing out the Ravens but they definitely controlled the first half. The offense drove repeatedly into Ravens’ territory while the defense effectively shut down the Ravens’ passing and running game.

Unfortunately, that all changed late in the 1st quarter. On a third down stop, Patriots’ cornerback Aqib Talib defended a pass but immediately grasped his leg. It turned out that he injured his thigh and would not return for the rest of the game. The impact on the defense proved to be disastrous. Talib is easily the team’s best defensive back and,without him, the Patriots had nobody to cover Ravens’ receivers Anquan Boldin or Torrey Smith. While it took some time for the Ravens to take advantage of this weakness, when they finally did, the Patriots could not stop them.

Now to say that the Patriots loss should solely be attributed to one player’s injury is illogical. On offense, quarterback Tom Brady delivered a solid game but had two key mistakes. At the end of the first half, he completely mismanaged the clock and was unable to score a touchdown. So instead of the score being 17-7 at the half, the Patriots led 13-7. Throughout the second half, he was forced to play catch-up while the Patriots’ defense was run over drive after drive. As a result, he became impatient. Twice in the 4th quarter, he was intercepted on ill-advised throws. Meanwhile, the Ravens continued to move the ball at will.

The Ravens deserve some credit as well. Their offense overcame a sluggish start and used New England’s own hurry up offense against them. Their defense played incredibly well and shut out the Patriots in the second half. Quarterback Joe Flacco delivered on clutch throw after clutch throw even without support from his running game for long stretches of the game. All in all, a solid performance in which they were able to successfully capitalize on the Patriots’ mistakes and misfortune. Thus, the Ray Lewis retirement tour continues.

By 8:30 P.M. on Sunday night, I was thoroughly depressed. This was my team and my team just let their best chance  at a Super Bowl in nearly a decade slip away. It’s a process that almost every fan the in NFL has gone through at some point this season: the realization that the team that he or she sinks so much emotional energy into will not win the big game. Many people will wonder why we care so much when we aren’t the ones losing or winning. It’s simple. Sports have a way of lifting us up even though the fundamental principle of them is that most of us are destined for disappointment. The success of our teams does not matter. It’s the ups and downs of every game that parallel the ups and downs of every day. Wins represent our triumphs while losses represent our failures. Regardless of the outcome, sports remind us that even in defeat there is always another chance. That hope drives the players and it drives us through every day. So yes, I will continue to mourn this loss for the next couple of months. But like many sports fans, I will console myself with the thought that there is always next year.

Check back next week for a detailed preview of the Super Bowl! Enjoy the Pro Bowl! Well, try to.

Be the first to comment on "Dealing with Heartbreak: NFL Championship Round Recap"