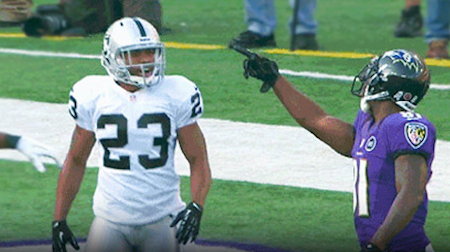 We decided to put nails in the coffins of many teams this week. Call it the pre-Thanksgiving blues but there is a sense of finality for many teams around the league. However, there is some significant change at the top for the first time in a couple weeks. As always, Mason Dearborn wrote the comments for the even-ranked teams. Enjoy this week’s football action!

It took a Falcons’ loss  and a victory against the Bears for the Texans to reach the top of our standings.

The Falcons made it 8 games into their undefeated run, but the most competitive team they beat was Denver, with all other opponents being significantly worse.  The Texans, with their loss coming against the proven Packers rather than a flimsy, mediocre opponent, have proven themselves to be an elite team and deserve to take the top spot.

The Bears’ defense did its job but their loss showed how dependent the team’s success is on the defense scoring points.

They tied the Rams, Akers is missing field goals, and Alex Smith is dealing with a concussion. Along with that, they will be playing against the Bears this weekend this weekend Bears.

They were slowed down for the first time in a while by their bye-week last week. The second half of the season seems favorable.

Dropping 55 points is a good way to make a statement, and the Ravens needed to make one as they come into the long-anticipated Ravens-Steelers rivalry game this week against a Steelers team who has just beaten the Giants.

They may as well just give the MVP award to Peyton Manning already. His performance as of late is nothing short of spectacular.

The Patriots gave up over 400 yards of offense and still won.  Evidently, their offense is overwhelming.

Well, it was fun while it lasted, right, Steeler fans? There’s always next year…at least that’s what Ben Roethlisberger is telling himself.

Losing to the Steelers has new meaning when the losing streak continued as the Giants fell to the Bengals this past weekend. Eli’s status as an elite quarterback is now in question.

Doug Martin did not carry the team this week. Instead, the defense did which is a good sign because they need to do more than just run the ball.

The defense-led team beat the mediocre Jets, so it won’t lose any ranking position but will not be gaining any.

They won against a legitimate team! I was starting to worry that the Falcons were going to go undefeated.

The new Colts under Andrew Luck are going to deliver a nail-biter this week against New England.

They beat the Eagles but that is not necessarily impressive. The Cowboys are not quite contenders yet.

The Bengals beat the Giants, yet they still have a losing record and are in one the toughest divisions in the league.

Coming off of a severe injury last season, Adrian Peterson is the leading candidate for the non-quarterback MVP. Also, they snapped their little losing streak.

Sam Bradford and the inferior Rams were able to hold the 49ers to a tie. So, they definitely deserve some respect and appreciation for their resilience.

Well, we had hope for a little bit. They can’t right this ship in time for the playoffs. Their division is too stacked.

It looks like the Broncos are galloping away with the division.

They are drowning. Well, it was a nice ride while it lasted.

I don’t think one bye week is enough time for the Cardinals to find a new offensive line.  Their streak is going the wrong way.

They were in a blowout last week! However, they won this time! Surprise!

Even Robert Griffin III (RG3) can’t save this team from itself; he is not at entirely responsible for their losses.  In the Luck vs. RG3 comparison, record may be misleading, as RG3 is winning the touchdowns to interceptions ratio.

They were competitive with the Patriots, which definitely says something. At the least, it was a small consolation for knowing that the rest of the games they play are meaningless.

The Eagles possess an abundance of talent and potential. Yet, they are ranked as the 26th best team, which is surely a shame.

Can the Browns start winning on a consistent basis after their bye? That’s highly doubtful.

From here on, the teams get dirty.  It’s not about who is better, it is about who is worse.  Cam Newton’s rookie season is looking more like he should be referred to as Scam Newton, as the Heisman winner is not delivering like he used to, seeming nearly helpless against Von Miller and Denver’s defense.

Why did they jump two spots? Well, the teams below them lost horribly as opposed to merely losing like the Chiefs did.

Tim Tebow was called “terrible” by an anonymous teammate and several others rated him as not very good in a published story.  This is funny because almost one year ago Tebow led his 95-yard touchdown drive capped with a 30-yard rushing touchdown to beat the Jets and help them out of the playoff race.  Also interesting, Sanchez, Tebow’s competitor, has the league-lowest 52% completion.

I would love to blame their problems on Carson Palmer but I don’t think it is that simple. They have holes literally everywhere and need a lengthy off-season to address them.

Overall, the team is very mediocre, with no spectacular elements and a hurt Maurice Jones-Drew.  Bears’ fans are worried about Jason Campbell, but he would instantly start over Blaine Gabbert.

Be the first to comment on "NFL Power Rankings: Week 11"