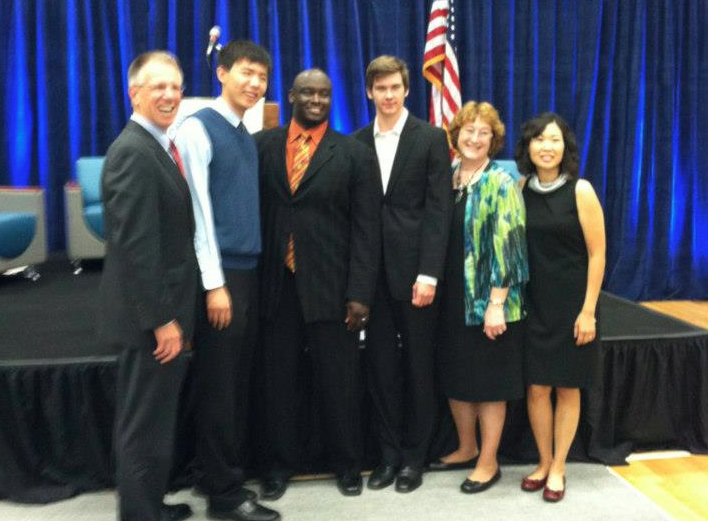 At Convocation, Dwan Prude told us that true satisfaction in life comes from pursuing our passions. We’d figure out what they are, he said, when we willingly forfeit food, sleep, and the bathroom in order to give more time to the all-consuming flame that burns deep inside of us. The speech had an almost ineffable effect on everyone in the audience; we all sat transfixed as he played with our hearts and minds like they were toys. However, I still am unable to fully agree with the sentiment in that it is hard to give up so much for such passions.

On one hand, his characterization of passion is spot on. One prompt on the University of Chicago supplementary application asks the prospective student to pin down the location of Waldo, a question almost as intrinsic to our culture as “Why did the chicken cross the road?” or “What is the meaning of life?” I’d argue that Waldo, the man, is insignificant and secondary. Waldo, the chase, is everything. We hunt for him whether it be in glamorous Hollywood or the slums of India, because we have a passion for it. But linguistically, “passion” is a noun; it is defined as the desire for something we do not yet possess, so it cannot be the object of possession itself. Therefore, it becomes clear that that true passion manifests itself as a love of the process, and not a love of the accomplishment. It’s not President Barack Obama’s inauguration, it’s not Michael Phelp’s 0.01 second Olympic Gold medal win, and it’s not Toni Morrison’s Nobel Prize; it’s the months of tireless campaigning, the years of training, and the decades of perseverance. Passion is not glamorous and, as Prude argued, it will demand from us everything we have to give.

At the same time, though, these aren’t fully practical words to live by. I’d encourage everyone who believes they have an undying passion to honestly reconsider how far down the passion truly goes, because often, it’s not as deep as we like to believe. Why is it that most students transfer majors when they claim to be so passionate about their desired majors initially? Even much later in life people find themselves looking to switch careers or try something more new and exciting in their life. Before you throw everything away for a major in comparative literature, consider the implications of Dwan’s advice- are you read to live the entirety of the rest of your life starving, sleep-deprived, and unable to find anywhere safe to use the restroom just to fully involve yourself in this? Is your dedication to a subject a true passion, or is it just a hobby? We revere the idea of a “perfect occupation” with the same frenzy that we despise the idea of a 9-5 cubicle job, but I fail to see the evil in a steady paycheck. If there is an affinity for a subject, great, but that doesn’t mean we need to throw away our years of education for something we might not be that good at. Just as we wouldn’t leave a dedicated relationship just because someone new smiled at us on public transit, we shouldn’t leave civilized society behind to pursue what may or may not be a passion for comparative literature. Keep the “passions” as a hobby and do them on off days, but don’t let your heart take over for your brain. And really, maybe it isn’t such a bad idea to think about paychecks over passion when choosing a job.