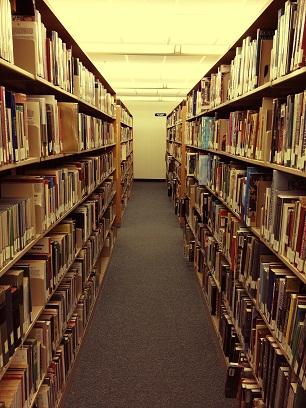 The Class of 2015 marks IMSA’s first class to have summer reading for Literary Explorations I. While this was initially met with annoyance from the sophomores and (not so) gentle teasing from juniors and seniors, the entire student body eventually reached the consensus that it was a good book, and not a curse to read after all.

On a similar note, the Information Resource Center (or IRC) seems to be a rather undervalued resource. As a student who does work service for the IRC, I can attest to its thoughtfulness and attentiveness to detail. The staff makes a point of purchasing items requested by students. The IRC now possesses a wide range of films, books, and magazines that languishes on the shelves, largely under-appreciated.

The Immortal Life of Henrietta Lacks, the book this year’s sophomores were required to read, has the potential to become the first of a tradition rather than the exception. Although illiteracy is certainly not a problem among IMSA students, the sheer infrequency of reading literature is. If personal anecdotes may serve as any point of reference, the last time a good number of students read a memorable piece was before IMSA or during an extended break. The extent to which a particularly creative work of fiction can stretch the imagination is astounding (think Harry Potter, Lord of the Rings, His Dark Materials, or The Mortal Instruments), nor should nonfiction’s ability to expand one’s worldview be underestimated. Yet because IMSA’s English courses do not strongly emphasize the importance of supplementary reading, it is almost never done.

I propose that this be changed.

Perhaps the strictest of IMSA’s course requirements is in regards to English; students must take at least one course in this area each semester. Even students who elect to double up are not permitted to skip out on it the following semester. Simply requiring that a certain number of hours be read per week, and that the titles read during this time be recorded, would help diminish this problem significantly.

Of course, there will be students who choose to act dishonestly and claim to read when they have not. However, that there will be people who cheat the system should not stand alone against the institution of a requirement. The same question could be asked the Mathematical Investigations’ infamous problem sets, BC Calculus’ take-homes, and the like: since people cheat, why have them at all? The answer is simple: for the honest, the benefits reaped are immense.

Let the appreciation of literature begin!