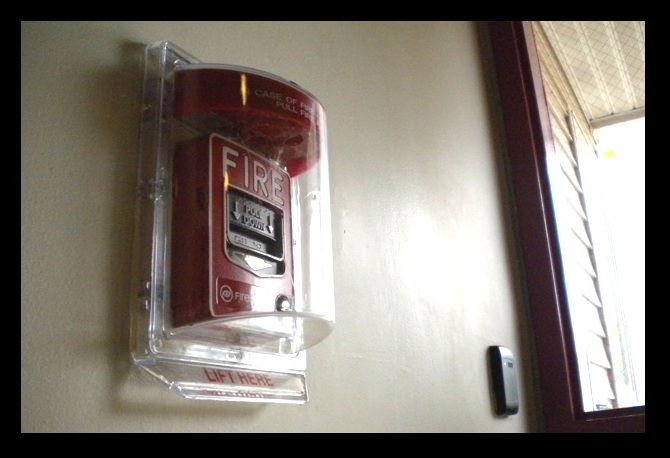 On October 4th, seven fire alarms sounded from five residential halls in one night. Starting around 10:30 PM, IMSA students of 1503, 04, 05, 06, and 07 were sent plodding, shivering, and, for those unfortunate ones, dripping wet clad only in towels into the brisk fall weather.

Three of the seven alarms were 05, 06, and 07’s mandatory fire drills. 1506 and 07 passed theirs successfully. 05 is looking into repeating its nighttime routine as a few juniors admit that they had been “a little rowdy.”

Although some were planned, four alarms were caused by petty mindlessness of the halls’ residents. While the IMSA campus recorded an impressive number of evacuations in one night, this is not the first time that the causes for the alarms set off could been easily avoided. Earlier this year, incidents such as forgetting to add water to Easy Mac and leaving food in ovens for too long have set off residential halls’ sensitive fire alarms. While no students were harmed, this Easy Mac took a heavy blow. (Image: Jorge Acosta)

The residents of 1507 experienced three fire alarms. Though they performed satisfactorily for the fire drill, an Easy Mac heated without water resulted in a second evacuation around midnight. 07 junior Andrew Kuznetsov notes that the irony of it all came from the fact that the escape was caused by “getting ready for an all-nighter by making food.” A third alarm sounded at 3AM that night. Whether intentional or accidental, the cause is currently unknown and, according to students living in 07, if found, will most likely remain private.

1504’s residents were seen running toward Yare Yard after an RC accidentally pulled a fire alarm. As a neighboring hall to 1504, several 03 residents recount that they had just been poking fun at the boys’ demise when their hall’s alarm also began to sound. With the sudden announcement to exit the hall, the joke was on 1503. It was discovered that a scalding shower left running too long triggered the alarm.

Moral of the story

For more information, students’ perspective on the night’s events may be found on Facebook through their statuses and, in some cases, uploaded images.

Tales From The Homefront 2022

Be the first to comment on "New IMSA Record: Seven Fire Alarms in One Night"