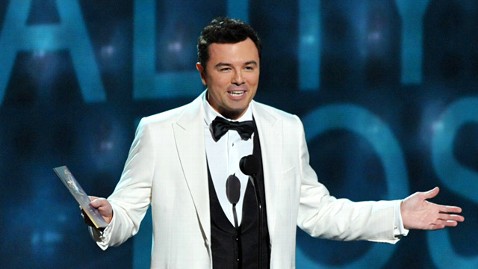 Earlier this week, Seth MacFarlane was announced as the (surprising) choice to host the 85th annual Academy Awards. The name may not ring any bells, but his work most likely does: in addition to being the creator and star of the hit TV series Family Guy, MacFarlane made his directorial debut earlier this year with the pleasantly surprising comedy Ted. Craig Zadan and Neil Meron, producers of the awards ceremony, said the following about their decision in a press release for ABC:

“We are thrilled to have Seth MacFarlane host the Oscars. His performing skills blend perfectly with our ideas for making the show entertaining and fresh. He will be the consummate host, and we are so happy to be working with him.”

MacFarlane also had a few words to say on the matter:

“It’s truly an overwhelming privilege to be asked to host the Oscars. My thoughts upon hearing the news were, one, I will do my utmost to live up to the high standards set forth by my predecessors; and two, I hope they don’t find out I hosted the Charlie Sheen roast.”

Well, if one thing can be said, it’s that they couldn’t have made a choice further from last year’s host, Billy Crystal, if they tried.

But how will this unexpected decision play out? I guess we’ll have to tune in to ABC on February 24th and see.

I, for one, will certainly be watching.

Be the first to comment on "And The Host Is… Seth MacFarlane?!"