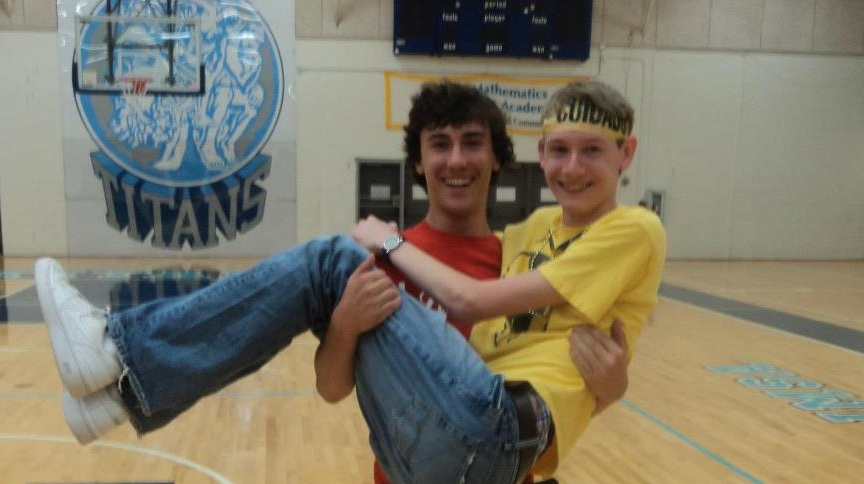 Monday through Thursday, By: Haneesha Paruchuri
Monday
Homecoming week came out of nowhere, but that didn’t stop the IMSA students from showing off their spirit. Dressing up in bathrobes and slippers, the students displayed their all-nighter fashion. Even if people were tired, they sure didn’t show it during Jeopardy later that day. The three classes battled against each other in a competition testing trivia knowledge. The seniors took off with every passing question; however, the juniors and sophomores never backed down. At the end of the day, the seniors were at first place with 265 points, followed by the juniors at 200 points and then the sophomores with 135 points.

Tuesday
Students rocked the red carpet in their fancy outfits. “It was so cute to see my friends, who don’t always dress up for school, get dressed up. Everyone looked great!” said a junior. This special day didn’t end there as StudCo hosted a “Singled Out!” event that evening. Singled Out is a blind dating show that pairs four participants, two guys and two girls with matches that are most similar to their personalities. All four pairs received free tickets to the homecoming dance.

Couples from “Singled Out!:” Seniors celebrate a win at the pep rally.

Thursday
As every year, it was a pep rally full of spirit from all three classes. The seniors glowed in red, the juniors gleamed in yellow and the sophomores glimmered in purple. Participants from each class competed in a variety of games as their classmates cheered them on. There was the relay race, the mystery drink, and the performances from each respective class’s drill teams. The school’s dance team also showed off their skills with a dance routine. The nominations for homecoming court were also announced.

Friday, CAB Hypnotist Show, By: Jo-jo Feng
After all this competition, the cherry on top was an IMSA tradition; hypnotist Jim Wand was invited to the school to perform a show. Wand invited a group of students on stage, putting them into a deep sleep one by one. He discussed the science behind hypnotism, brain waves, memory under the effects of hypnosis. After explaining how hypnotism rested one more effectively than sleep, he proceeded to mess with the minds of his subjects. He exercised his authority over the students’ minds while giving them the freedom to be creative in activities.

Some highlights from the show included Wand having students construct things out of twisty balloons, making them believe that they were aging, asking for their perspectives on being 90 years old at IMSA, introducing them to Elvis, and having them dance with IMSA’s very own Nicki Minaj. The audience burst out in laughter as they watched their peers sing, dance, cry, and give hilariously vulgar responses. When things got out of hand, everything was maintained by Wand simply announcing that the chairs on stage were magnets, forcing the students to zip back down and be put to sleep instantaneously.

Many of the hypnotized had trouble remembering exactly what they did afterwards and had to be reminded about the embarrassing things they did, but it must have been justified by the supposed night’s worth of sleep they received from the single hour of hypnosis.

Be the first to comment on "A Homecoming Week to Remember"