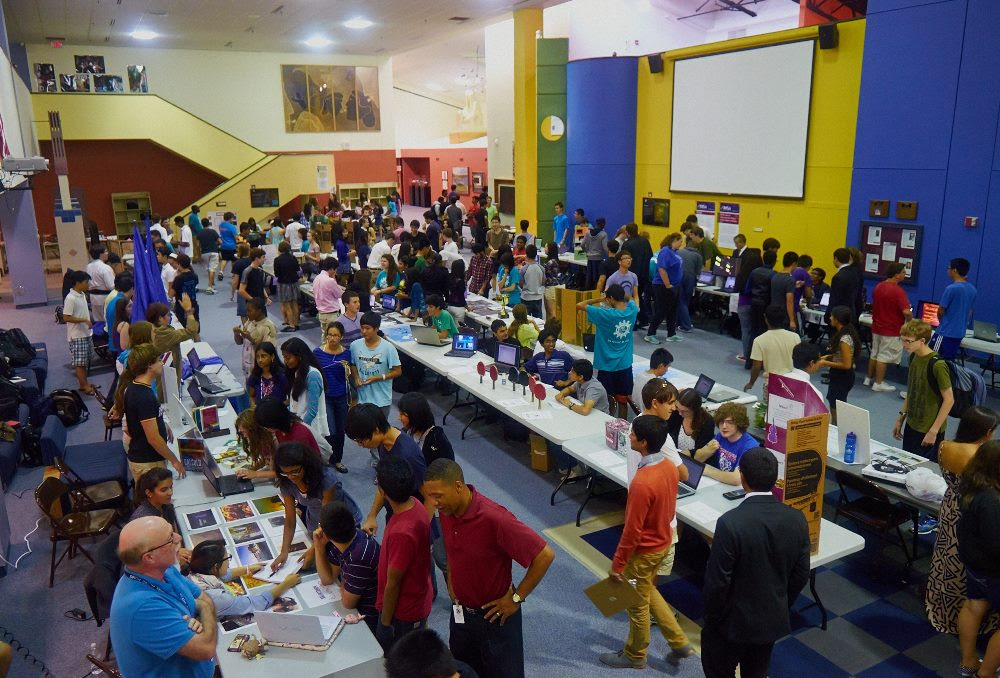 As an incoming sophomore, one of the things I looked forward to most was the huge number of clubs IMSA had to offer. Thankfully, they catered to all of my interests, ranging from entrepreneurship to service learning to science. Returning to IMSA as a junior, however, I have to wonder- what if the student organizations didn’t complement my passions? What if I saw the opportunity for a club that would bring together like-minded students, but didn’t have the tools to create my vision?
In response to the dynamic and ever-changing range of student interests, IMSA provides the opportunity for juniors and seniors to charter their own club through student council. Last year, they provided 41 officially chartered clubs with funding, access to meeting and event spaces, the opportunities to coordinate with other clubs and advertise across campus, and other perks. Though this process facilitates club development for many organizations, not all clubs must be chartered if the board members do not see a need for them to have the benefits received by other official, student council-recognized organizations. However, the process aims to prevent clubs from arising that do not contribute to the IMSA community and do not hold meetings or events. Though it can seem complicated, the process of chartering clubs improves the quality and capabilities of student-run organizations. An important point, however, is students can become involved on campus in more ways than by chartering a club under student council; co-curricular activities such as yearbook, speech team, and robotics get a set amount of funds directly from the school’s budget and are sponsored by teachers instead. A third category of organizations exists, consisting of groups such as LEAD, Talent, eleMENT, and SCIA. Students participating in these groups are in actuality volunteering for various departments on campus. For example, the students volunteering on the SCS team serve the ITS department by connecting incoming students to wireless connection, reimaging computers, and providing all-around technical support.
To become chartered, rising student leaders must both hit a series of deadlines and work to organize the structure, mission, and identity of their club. The first of these deadlines occurred on August 8th, which simply required declarations of plans to apply for a charter with a short description of the club. This step allowed student council to assign liaisons to each organization. The most recent target date occurred on August 16th and required that the board members of new or returning clubs fill out the application packet, funding estimate worksheet, and the advisor agreement form, all of which can be found on IMSA’s student council website. In these documents, rising student leaders have the chance to communicate what their value is, how they will organize leadership positions, their expected required amounts of funding, and other aspects of their club design and mission.
The first round of decisions were released on August 18th. On the 19th, appeals from organizations denied charters were due with the purpose of providing a chance for determined students to contest student council’s decision. In fact, the majority of appeals are successful because it shows that the person or group that submitted the charter is truly serious about bringing the club to campus and is willing to put in the extra work to make it a reality.
For students who haven’t yet declared their plans to charter a club or found an advisor, late chartering (for those who tried and didn’t make the first deadline due to advisor issues) will be due on the 25th. However, anyone can organize students and host activities without undergoing the chartering process. Though chartering an organization can facilitate club growth, it may be complicated and unnecessary to force long-standing clubs to re-declare themselves each year. This could diminish some desire to start clubs on campus and in turn decrease the number of opportunities and student participation. The emphasis on chartering through student council can also lead to a narrow mindset in which students believe that non-chartered clubs are less legitimate.
A club is nothing more than a group of people sharing similar interests who want to interact, achieve a goal, and share their interest with the rest of the community. If your passions fit under one or more of the clubs already chartered by IMSA, perfect! Nothing can stop you from becoming a member of any of them. If you are devoted to creating a new organization that fits the interests of other students, then you should bring the club to campus, either with or without the chartering system.
SHARE
TWEET
PIN
SHARE

Who Will Represent the Sophomores?

5 Things to Look Forward to this January

Be the first to comment on "The Club Chartering Process"