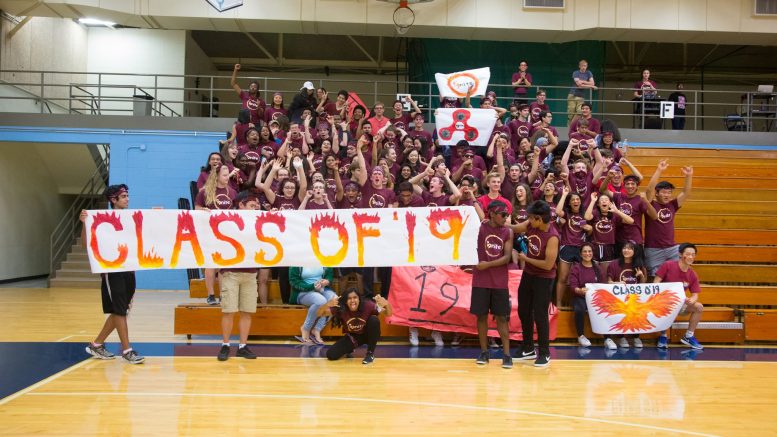 They’ve invaded every single store in sight, every classroom, and every workplace. They seemed to be everywhere, so the lack of them on IMSA’s campus upon Move-In Day was quite shocking. I expected all the trend-crazed IMSA students to invest in their own spinners, since they’re pretty good for de-stressing before math quizzes or messing around with during meetings. This expectation was wrong – which was disappointing – but I forgot about it for a while.

The fidget spinner has been around since the early 1900s, but they’ve recently experienced a spike in use because they’ve been marketed as anxiety and ADHD toys. However,  since their popularity began increasing, they’ve been spun by those who fidget less.

I hadn’t noticed how infectious they’d become until my friend sent me a video of Rome capped off by her green, souvenir spinner that she’d purchased in Italy. When she received backlash for dropping money on such a common object in a foreign country, she replied “Hey frick you. That’s my culture.”

They’ve become a toy for stunts and tricks as much as one for fidgeting, and they come in all sorts of designs now, including glow-in-the-dark, dollar signs, and college crests…so unless you’re a spinner hater, there’s one out there for you.

Until just recently, IMSA’s campus hadn’t been overrun by them. Classrooms have been relatively protected, and the only frequent viewing of them took place on Daniel Chen’s (’19) Facebook live streams. That is, until the Class of 2019 took matters into their own hands. 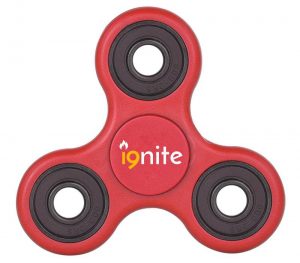 The Class of 2019’s homecoming gear included the typical t-shirt and bandanna, but unlike the seniors who chose to sell sunglasses, the juniors sold fidget spinners. Jimmy Ren (’19), our fully transparent Junior Class Club president, says that he was inspired when he “walked into Josh’s room and saw his fidget spinner.” The red spinners with “i9nite” written on the bearing have become a sign of unity for the class. Almost everyone has one or wants one. The popularity of the spinners has gotten out of hand, to the point that Matthew Feinberg (’19) had a giveaway for 10 fidget spinners on Facebook live, and Larry Donahue (’18) auctioned off a “Rare SILVER Class of 2019 Fidget Spinner.”

Now, teachers finally have to face the issue of students flicking their fingers around during class. They must ignore the annoying whirling sound as they tell the offenders to put the distracting toys away.

Nevertheless, this is what IMSA’s been waiting for: a useless but unforgettable class prop to encourage synergy among us. Maybe a funny, trendy trinket is what every class needs to come together. There has to be a solid reason the Class of ’19 won homecoming, right?

Be the first to comment on "Fidget Spinners Finally Reach IMSA"