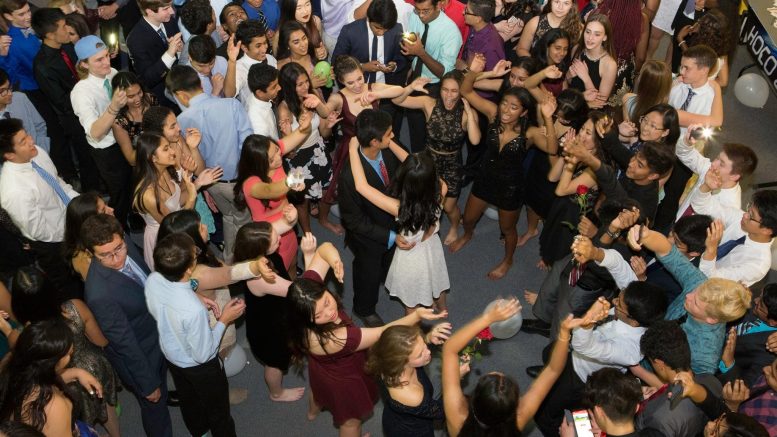 With the seniors having experienced their last IMSA homecoming almost two years ago and the underclassmen never having experienced it at all, this year’s homecoming was met with high anticipation and excitement. We interviewed the president of the Campus Activities Board (CAB), Gerry Paramo ’22, for more information behind the planning and consideration that went into the event this year, reviewing differences and similarities to the past homecoming that we know

The format of hoco week was familiar for the upperclassmen. The point system for the activities remained the same as it has been in the past, with each class battling it out in events such as fashion show, a Kahoot! game, and riddles, with the week’s challenges ending with the pep rally (with drill performances from each class) and a homecoming dance on Saturday.

Paramo cited that the biggest changes were how we utilized spaces, mainly because every area now has a capacity limit. “So, it’s not so much how the event actually changed, it’s just how it function[ed] in each space.”

For example, the aforementioned opening Kahoot! game every year, which was usually hosted in Old Caf (the area outside the cafeteria), had to change location. According to Paramo, “Old Caf now has a capacity of 70 people, which was nowhere near the larger amount of students we might’ve had, plus whoever’s in the cafeteria. So, we have to spread that stuff out all around campus just so that we can get as many people involved as possible.”

Paramo also explained how planning for the pep rally started before their planning for homecoming; CAB had to try and look at ways they could arrange the students inside. “One of the ideas [CAB] had was to have a rotation going with a livestream from inside the gym and seniors, juniors, and sophomores taking turns cycling out of the gym and auditorium. The dancers would be in the top, upper area in the gym.” Unfortunately, doing rotations with a livestream would have been too time-consuming due to the sheer number of people constantly being moved from place to place, and with the homecoming festivities, it just wouldn’t be possible. “The best compromise that we could’ve gotten was out on the soccer field so we could have everyone out there at once,” Paramo explained.

The pep rally is usually held in the gym, but for multiple reasons including COVID-19 restrictions, such an arrangement couldn’t happen this year. This is how they came to the setup with extra bleachers outside. “The main concerns there were just coming from setting up audio and technical equipment and working with ISP and facilities to make sure that stuff worked out,” Paramo explained. From that, we can imagine a lot of work went into making sure that the pep rally could be properly seen and heard while being hosted in a large, open space outside.

The homecoming soccer game experienced some changes as well: “Usually we rent out lights, but as other events are opening up elsewhere as well… and because of how stuff needs to be spaced out, people are ordering more and unfortunately we were on the back end of that and we weren’t able to get lights.” As a result, the soccer game was moved up earlier in the day along with an additional volleyball game.

There were some concessions made to student preferences, such as allowing drill performances to be unmasked based on how much student formations were spaced out. Paramo explained that “[it was] very unlikely since drills in years prior have used formations where they’re really close together to achieve some really phenomenal looking effects.”

An additional surprise this year was the mini-golf course, light boxes and furniture, and free hoco tickets and food truck. Paramo, who hinted to us before homecoming that “We should look out for a little bit more to do during the actual homecoming dance rather than just dancing,” definitely did not disappoint.

On top of the great time and effort spent on planning for homecoming this year to make sure it will be as faithful to the traditional experience as possible while also adhering to COVID-19 restrictions, the experience went above and beyond expectations for even past years’ homecomings. For that, we have CAB and Studco to thank for their hard work.

Gerry Paramo offered one last thought about Homecoming 2021 and the year ahead: “I think the whole year is going to be a surprise, for better or for worse. It will definitely be a surprise to just what the world brings and what Dr. Glazer has planned for us.”