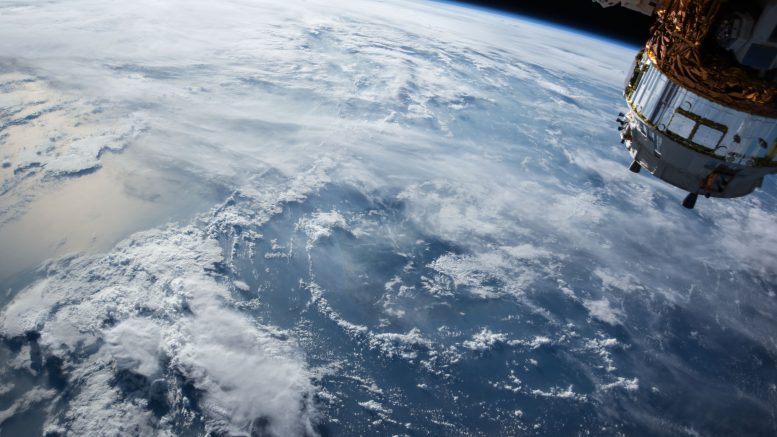 (Note: Some spoilers for 17776’s story. Unless you prefer going in blind, click here!)

It’s the year 17776, and humanity is in stasis. The old and sick have stopped dying, the adults have stopped aging, and the babies have stopped being born. With the advent of immortality, war and other social plagues have ceased and the world has achieved an absurd equanimity. So if people aren’t busy dying or fighting, what are they doing in all their spare time?

This is the premise of 17776: What Football Will Look Like in the Future, a serialized speculative fiction piece by Jon Bois. As a creative director of sports website SB Nation, Bois published his experimental multimedia piece day-by-day from July 5th to July 15th. It’s a blend of dialogue, images, maps, and sometimes a video that is all wrapped up in a neat little bow on a subsection of the SB Nation site.

The story begins with the awakening of the probe Pioneer 9, hereafter named Nine. Having spent eons in isolation, the probe developed consciousness from all the human transmissions it was receiving. Nine joins two other probes, Pioneer 10 (Ten) and the Jupiter Icy Moons Explorer (JUICE) in the conversational medium, who educate Nine on the state of the world. They explain that one day, a switch flipped somewhere and all of humanity became immortal. Soon after, they resolved their problems, developed a nanobot network to protect them from all harm, and faced eternity. Rather than resolve themselves to infinite boredom, they play games of football. It sounds mundane, but after thousands of years the concept has grown somewhat abstract: the games have a host of bizarre rules and have taken on a grandiose scale and span across multiple states. In one of the first games that is introduced, a player dives into a tornado to skip across the playing field (which is all of Nebraska). Another—the infamous Game 27—starts as a normal game of football… until a team cites rules arguing that they can legally own part of the field. It quickly devolves to chaos as houses and skyscrapers are built within a football stadium, and the metaphysics behind what defines a “catch” is questioned.

The narrative isn’t entirely about zany football games, though. Aside the bizarre is a profound, philosophical story that touches on various themes of consciousness and existentialism. The perspective frequently switches from the spacefarers to different people who are playing games and encountering each other. One such player discusses with another why exploration while immortal is an issue: mysteries are scarce, and in the face of the infinite, scarcity is too. That’s why there’s football, because it creates experiences.

Bois also explores the limits of humanity. Nine is the audience’s surrogate for probing the post-immortality world. At one point, Nine asks why humanity hasn’t advanced into the stars, to which Ten replies that there simply is no point. There is an upper bound to how fast humans can go, and there’s only so much metal on the planet to make probes and rockets with. When they looked out into the cosmos, they found… nothing. It’s asserted that there’s a limit to what we can do that simply cannot be changed. Humans are no longer explorers; they’ve reached the end of their quest for knowledge. Thus, when that limit is reached, what do they do then? They play football.

Indeed, if morality is what gives us some sort of purpose (although it may be nullified upon death), then there is something even more terrifying about immortality. The one guarantee humanity has is that it will one day end, and it’s almost comforting to know this. Still, it would be freeing to have no survival needs holding us back. Arguably, the humans in 17776 don’t play football to fool themselves from acknowledging the cosmic terror, but rather because it’s something they’ve inherently always wanted. “They are creatures of play. They will be creatures of play until the end of time,” according to Ten.

Ultimately, I wholeheartedly recommend 17776. It was a welcome midsummer reverie and it left a lasting impression on me and the way I thought about play. The characters are charming, and Jon Bois juxtaposes surreal football games with absurdism perfectly to create an enthralling and moving narrative. Give it a read here (and no, you don’t need to know anything about football).