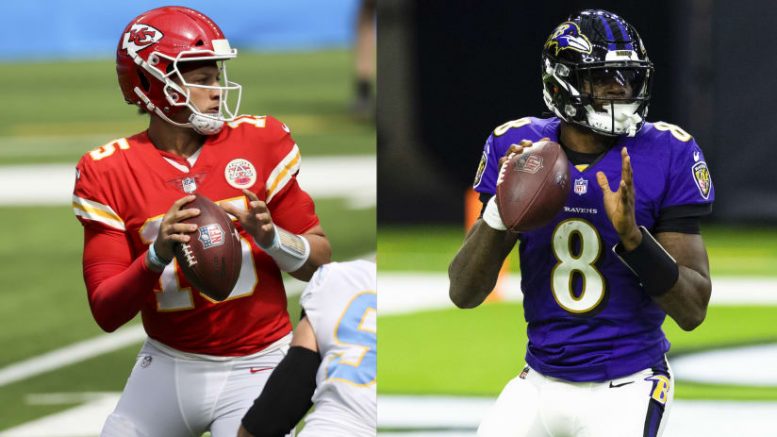 The next sport of the year has finally come around: Football! That can only mean one thing… another power ranking! Here are my rankings and predictions for the upcoming season:

Although I am a Lamar Jackson supporter, I have to give credit where it’s due. Patrick Mahomes is the best quarterback in the NFL and he has an explosive team to work with since he has Tyreek Hill and Travis Kelce. Although the game against the Chargers wasn’t pretty, the Chiefs are still getting used to their offense.

Home of the reigning MVP, the Ravens are looking to finally get a Super Bowl after a disappointing stretch of years since the formidable defense had left. Lamar Jackson will be the key to their success and he seems to be living up to his previous season’s shown potential.

Aaron Rodgers is playing like one of the best quarterbacks in the league, and their offense is firing on all cylinders. Their defense is still improving, but when it does, the Packers will be rolling through their opponents.

Russell Wilson is probably the third-best quarterback in the NFL, and he is playing on an MVP level. While it may seem that I’m just talking about quarterbacks, they are arguable the most important part of an NFL team.

Their record is great, but they didn’t seem to destroy Denver like they were expected to. They need to play better if they are to win against better teams.

The defense has given up a couple of possessions, but Josh Allen has played quite well these past games.

Sean McVay has the team playing extremely well, and Jared Goff is also getting off to a good start.

Kyler Murray is starting to get into his groove, although this last game wasn’t necessarily the most amazing, and with the addition of Hopkins, the Cardinals are looking like a contender.

Ryan Tannehill is playing decently well, but he needs to play even better in order to live up to their playoff run.

Cam Newton is starting to get used to this offense, but I would like to see how the rest of the season is going to look for them.

Jon Gruden is really rallying his team into a great start, but I am not sure how long this is going to last.

This team is not looking anywhere near what they looked like last season. Their offense seems so lackluster without Michael Thomas, and it does not look good for them.

Tom Brady has had a great first couple of games considering that he’s starting to age. Rob Gronkowski has not played very well, so I’m worried that this team may be too hyped up.

Dak led a sensational comeback against the Falcons last week, but this team needs to step up its defense. They are allowing way too many points, so in order to perform better, they need to improve their defense.

Justin Herbert’s debut was impressive as he faced Mahomes and the Chiefs, but I am not sure if Tyrod Taylor will continue to be their main quarterback.

This team has been extremely disappointing especially with their past injuries. It was extremely unfortunate, especially since this was one of the teams that would have been considered a contender if not for these injuries.

The Texans team has been disappointing, but with their off-season trades, a little bit of this was to be expected. Deshaun Watson needs to rally this team back to its former glory.

The Colts are playing surprisingly well, and I’m excited to see what’s in store for them.

Wow. The Bears have finally gotten off to a “good” start. Mitch Trubisky won the first two games, and I have to give him some credit. However, with their starting quarterback job still not set, it isn’t looking good for when the Bears face contending teams.

Matt Ryan is not playing as well he should be, considering that the Falcons have given up extremely large leads in the 4th.

Baker Mayfield is finally showing good signs of becoming a star quarterback, but he still needs to get used to his offense this season.

Injuries have riddled this team as unable to contend, and Wentz has not been able to play well these last games. Pederson must understand how to help Wentz with his play calling.

Kirk Cousins is leading this team straight to a terrible start, and it is his mainly his fault. I am not sure why they are going wrong, but they need to fix it quickly.

Minshew is playing better and better, but they are still lacking on defense, and its hurting them dearly.

With Lock and Sutton out, it doesn’t look pretty for the Broncos. It’s all about the future for them now.

Joe Burrow is having a great start to his rookie season, but the offensive line is atrocious, and I’m worried that he’s going to become the next Andrew Luck: a great quarterback riddled with injuries.

The Lions are not doing well even with Stafford, and this isn’t even a surprise anymore.

Barkley is out and this Giants team is starting to look like a team with more and more holes. Daniel Jones is playing like a starter, but not a very good one.

This team hasn’t looked good in a long time, and at this point, I’m only excited to see Tua.

The defense had a pretty rough time against the Cardinals, and their team is showing more and more flaws.

The offense must be able to do well without McCaffrey, and the defensive issues are showing up way more now.

There isn’t enough talent on this team, and it looks to be another long season for the Jets.