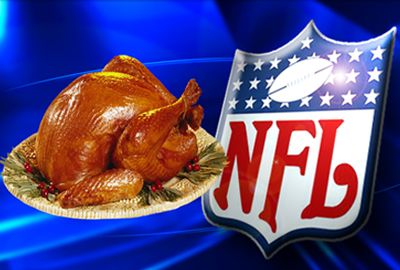 After being accustomed to the pervasive sense of stress and general anxiety at IMSA, an extended break was greatly appreciated. The chance to rest, relax, spend time with family, and, of course, complete assignments within an ample time-frame, allowed me to experience things in a much more purposeful manner, rather than going day by day through an exhausting, relatively dull routine. As the centerpiece of the extended break, there was Thanksgiving, the beloved holiday that has an overwhelmingly positive reputation with its tradition of consuming piles of food and partaking in the fitting observance of…football? Thus, the question arises: is such a positive reputation deserved?

Historically speaking, a specific date of Thanksgiving’s origin is challenging to pinpoint. Often times, many cite the feast of 1621, which featured a harmonious combination of pilgrims and Native Americans, as the first Thanksgiving. However, a “Day of Thanksgiving” was first proclaimed by John Winthrop in 1637, demonstrating the people’s thanks for the safe return of men who were off in battle. At first glance, commemorating men for returning from battle seems logical…until you realize that the so called “battle” was in fact a vicious massacring of about seven hundred Pequot Native Americans, many of whom were  children. As expected, such historical details are minimized in favor of more glamorous, fitting explanations for the concept of Thanksgiving. Thus, an unfortunate reality is that Americans celebrate an occasion with little awareness of its meaning, settling for more “ideal” explanations that have been perpetuated over time.

Aside from the distortions of Thanksgiving’s history, two of the celebratory components (an abundance of food and football) present glaring flaws and inconsistencies.  Traditionally, Thanksgiving celebrations feature groups of people purchasing an insane amount of food and subsequently indulging themselves, all while watching grown men put their well-being on the line as they aggressively chase and attack each other in a game of football. Oddly enough, eating unnecessary amounts of food and watching a sport seem to be acts of pleasure and reward rather than demonstrations of thankfulness or gratitude. Additionally, to continue on with the holiday spirit, Thanksgiving is followed by Black Friday, during which stampedes of people dominate stores and channel their inner barbaric tendencies in order to claim the lowest priced products.  As evident by the nature of Black Friday, it seems as if Thanksgiving’s perceived lessons are quickly forgotten in favor of materialistic desires. Ultimately, Thanksgiving’s traditions violate the holiday’s inherent purposes: giving thanks, demonstrating gratitude, promoting humility, and advocating for harmonious family bonding.  At this point, Thanksgiving is nothing more than a shallow label.

While it is clear that the holiday is not accomplishing much of what is perceived to be its intended purposes, Thanksgiving’s positive reputation should also be questioned in terms of whether or not such a holiday is logically appropriate. While advocating for thankfulness, gratitude, humility, and family bonding is entirely reasonable, I struggle to justify the centralization of such beneficial life components into a single day of the year. People should not reserve thanks and gratitude throughout the year and finally decide to let their feelings pour out on Thanksgiving. In one way or another, a vast majority of individuals have experienced something positive, something that has sparked a sense of satisfaction, comfort, or happiness. Taking a moment to step back, put your experiences into perspective, and ultimately realize that you have not and will not do everything completely devoid of assistance should not be compacted into an isolated celebration. Spending harmonious and memorable times with your family or anyone that you care about should not be considered an activity for the holidays, but rather an activity for every moment that presents the opportunity.

Ah, I digress. This year, I am thankful for being able to dream.

Should We Celebrate Thanksgiving?

How to IMSA: Food

Be the first to comment on "Thanksgiving: An Inherently Flawed Label"