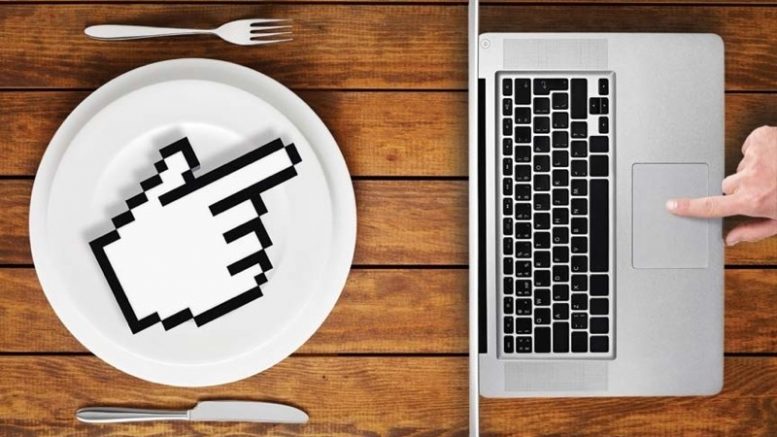 Ordering food online can often be easier for people with uncomfortable with talking on the phone. Source: GrubHub

Not feeling Sodexo today? Maybe you’re just craving something that you can’t make in your dorm. We all know that the first stop after the refrigerator is to ask around and see if anyone is up for ordering food. That is, unless you’re not down for spending a lot of money to get good food, and then you’re stuck with some pasta & sauce or maybe just a packet of ramen. But worry not, for here is a list of tips, tricks, and deals when ordering food at IMSA!

A lot of restaurants require a minimum amount of money to be spent when ordering for delivery, and although you may only want a large egg drop soup, you need another $10 to pass the price limit. To avoid getting more food than you’ll ever eat, or spending more money than is necessary, first try asking around to see if anyone else is looking to order. It’s both a good way to save money and to spend time with friends while waiting for the food to arrive.

2. Check the RC Office for menus.

In the RC office, you will find menus from a lot of the different local restaurants! Most of the time, there are also coupons and deals right on the menus that you can use (most including free food with a purchase of a certain amount). Although the coupons are the best part, oftentimes the restaurants with menus in the RC office are the most popular, making it easier to find people who can recommend certain foods from certain establishments. And trust me, IMSA students can oftentimes be better food critics than you would imagine.

If you’re up for some good pizza and other comfort food that’s a little more “refined” than Dominos, you should try out Doughballs. They always have a BOGO 50% off a second pizza, and if you spend more than $15, you can get a free order of doughballs. I would highly suggest the cinnamon ones. Plus, even if you’re not up for pizza, they have an amazing deal on sandwiches. You get two sandwiches with fries and two cans of pop for only $14 (spend an extra couple of dollars & you’ll get free doughballs to go with your order!). My favorite thing about this is that chicken tenders are considered a sandwich, along with a meatball sub, hamburgers, and even pulled pork sandwiches.

4. Join DoorDash through a friend.

When signing up for DoorDash, you should make sure to have a friend invite you to get the app because then you get $10 off a purchase. DoorDash is an app that allows you to order from places that don’t have delivery, such as Portillo’s, Buffalo Wild Wings, and Wendy’s. You can sometimes find free deliveries and with the $10 off the first time you purchase, you could end up spending less than $10.

Whether you’re planning to use coupons or deals to bring the price down or order in a group, using at least one of these tips is guaranteed to bring down the price of your order. Happy eating!

A Guide on Dorm Snacks

Savor the Burn: Five Awesome Tips to Help You Handle the Spice

Be the first to comment on "Ordering Food From IMSA: Tips, Tricks, and Deals"