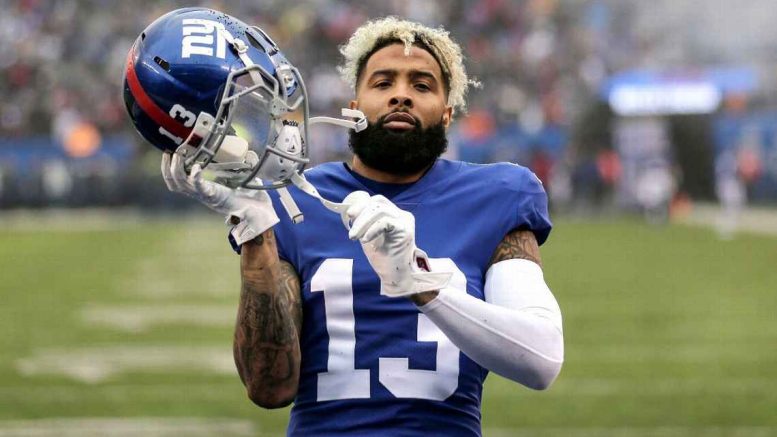 If you’ve ever played football before, it’s pretty likely you’ve heard the phrase “Odell it!” Odell Beckham Junior, is an electric and polarizing player, most iconic for his spectacular one-handed catches. However, coming off of a Super Bowl triumph in February with the Los Angeles Rams, he is currently a free agent. He is yet to sign with any team due to recovering from a torn ACL he sustained last season.

Many teams would be lucky to pick up a player from free-agency with the superstar ability of Beckham Jr., but it would be a perfect fit if he returned to one of his former teams, the New York Giants. Going into Week 12, the Giants are at a solid 7–3, defying expectations many pundits had based on their roster this year. Unfortunately for the Giants, they are in a competitive division (NFC East), and it seems they will have to fight to make a push for the playoffs—which is where OBJ comes in. The Giants’ below-average offense, ranked 22nd in the NFL, is led by running back Saquon Barkley, who also leads the teams in receptions. Adding a star wide receiver in Beckham Jr. would make an instant impact to their offense—his offensive star power is undeniable.

In the eight seasons Beckham Jr. played, he has had a whopping 531 catches for 7,367 yards and 57 touchdowns. He has also been selected to play in three Pro Bowls. In addition to adding to the Giants’ offensive firepower, he will also alleviate the offensive pressure off of Barkley, allowing him to focus more on the run game. Now, while Odell can benefit the Giants, you might find yourself whether the Giants will benefit Odell. The answer is a resounding yes. Well first off, while the Giants are strapped for money, they can offer OBJ 2 million for one year, which isn’t terrible considering last year he signed with the Rams for 1.25 million for a year. The Giants would also be willing to pull any strings they can to satisfy Odell financially. But,what the Giants could offer which no other team could is the legacy. He started his career in the Big Apple, and it would be a fairytale story if he could return and bring some silverware to the franchise. The city of New York loves him (sorry, Jets fans), and it is only right for Odell to come home where it all started.

Adi Hansoty is a sophomore at IMSA who lives in 07 D-wing. He is from Long Grove and is very excited to serve as a staff writer. Outside of writing, he likes to play sports, guitar, and listen to music.

Be the first to comment on "Come Home, Odell!"