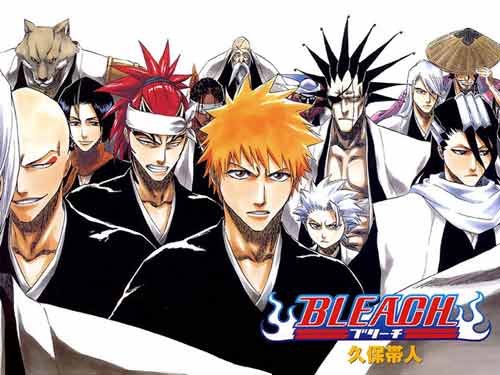 Has Bleach passed its peak? To me, it certainly seems so. Although the Bleach series should have culminated into the best arc after Aizen’s detainment, the series has instead become quite lackluster and stale. Yes, there are action-packed battle scenes and the same comical anecdotes, but now, the plot seems so systematically constructed, as if Tite Kubo is desperately trying to recapture the brilliance of his previous work. There are two mistakes that Kubo has made that I have noticed, which I have listed below.

1)    Tite Kubo shouldn’t have introduced both the Fullbring and Zero Division to fight in place of Gotei 13. While reading Bleach, I have always enjoyed following the humor and battles of Ichigo, Orihime, Sado, Ishida, the captains, the Vaizard, and Urahara and Yoruichi. Each new arc introduced more of their powers in battle, keeping me excited for new manga releases.

Sadly, within just these past few chapters, Tite Kubo has ruined this pattern for me. With the last Quincy assault, Kubo has shown that every captain and Vaizard is too weak to fight against even the weaker Quincies, especially because their Bankai can be stolen from them. Instead of using these characters, Kubo brought in the Fullbring and Zero Division to protect Soul Society, and I do not have the same level of anticipation for the upcoming Fullbring and Zero Division battles.

2)    Kurosaki Ichigo is too OP! Let’s plot the ridiculous development of Ichigo’s abilities. First, Ichigo’s life changes when he becomes a Soul Reaper substitute. His strength as a Soul Reaper is impressive- after all, he does fight on par with the Gotei 13 captains- but then he suddenly obtains a new power when he becomes a Vaizard. In his fight against Ulquiorra, Ichigo displays the full extent of his hollow powers, literally tearing Ulquiorra to pieces. At that time, I believed Ichigo’s power has reached its peak. Then, to my surprise, Kubo gives Ichigo a new power strong enough to take down Aizen, Soul Society’s most dangerous enemy. This time, Ichigo is able to use Mugetsu, Tensa Zangetsu’s final form. After Aizen’s imprisonment Ichigo’s power has finally peaked…right? I would have liked to have Ichigo keep fighting with his current strength, perhaps with some stronger allies as some captains have not revealed their full strength, but Ichigo’s power has jumped once again. In the latest chapter, it was revealed that Ichigo is also part Quincy! So, Ichigo is part human, part hollow, and part Quincy…that’s just too much.

Naruto: What Is Going On?

Be the first to comment on "Should We Even Bother with Bleach?"