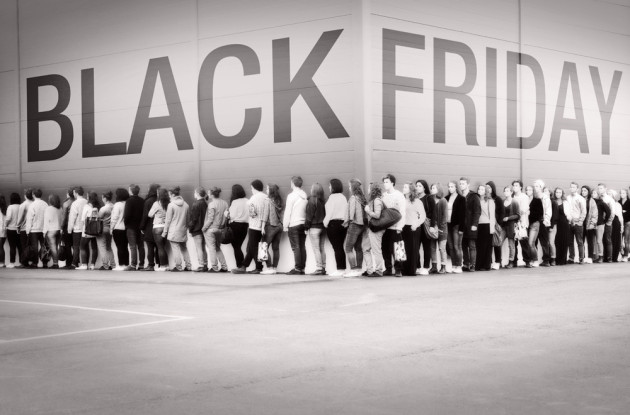 This year, Black Friday was an incredibly exciting time for me: on November 29th, 2013, I slept until one in the afternoon, ate a lot of Thanksgiving leftovers, and absorbed myself in the world wide web (a way I blissfully spent most of my extended). Physically, I am a proud non-participant of this event, due in part to my laziness as well as my unwillingness to brave the crowds.

Don’t get me wrong – I think the concept of Black Friday is great. I think festivity is great. Cheap stuff is great. But the moment an event threatens my physical well-being and Thanksgiving dinner, it becomes not-so-great.

The biggest con of going Black Friday shopping is obviously none other than being forced, for hours, to suffer through the impossibly long lines and deal with all the other impatient customers. Somehow, we’ve turned Black Friday into a competition against ourselves: the more money we save, the more we win. Increasingly, the sense of victory and triumph that we gain from saving $236 in our frenzied shopping spree satisfies us more than anything else. Given its nature, Black Friday is nothing more than a day of sprained ankles and broken fingers. We’ll fight to the death for the last on-sale toaster.

Perhaps even more than this, we’ve seen a disturbing trend concerning the time that Black Friday starts.  A few years ago, it was indeed a “Black” Friday. Early in the morning, shoppers were rewarded for trekking through the darkness. Now, stores are beginning to open up as early as 6:00 on Thursday evening, right as most of us are sitting down and preparing to wolf down juicy turkey legs and mashed potatoes. Do I want to miss my Thanksgiving Feast to go shopping at a retailer who probably doesn’t care to preserve tradition? Not particularly, no.

Ultimately, though, Black Friday exists because we demand that it must. Somehow, amidst all the chaos, society finds some beauty in sharing the holiday excitement with other savings-crazed customers. Stores open up earlier because people are willing forego their Thanksgiving dinners, their sleep, and physical well-being. Are you?