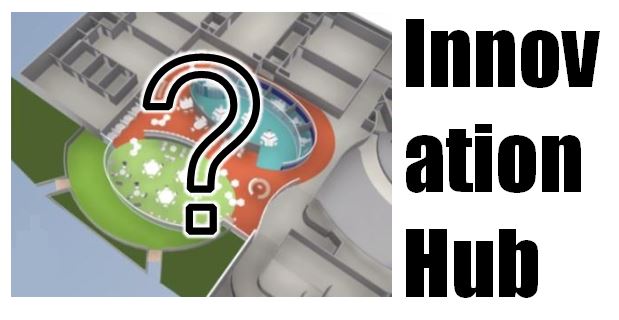 Steve Chen, YouTube founder and IMSA alumnus, recently donated $1 million towards a promising new structure on campus: an “Innovation Hub.” Unfortunately, this enterprise in its current state is doomed to mediocrity.

The proposed space will “feature a modern open space design optimized for collaboration, furnished with highly advanced technology such as 3D workstations, a touch screen video wall, and 3D scanners and printers.”

The plan is impressive, and when it opens in 2016, I am sure it will generate sizeable interest and media attention. But what will happen after that? I asked several IMSA students, some of whom are heavily involved in the existing entrepreneurship programs, what they would use the new space and its advanced technology for.

In fact, Smartboards are a very good launching point for this essay. IMSA spent over $40,000 on Smartboards a few years ago, but they have been tepidly implemented. Rather than promoting innovative learning, they have been used almost exclusively as glorified projectors or inefficient whiteboards.

Students were similarly unsure of how they would use the other “highly advanced” technologies. Most agreed that they sounded cool and future-y. Many responses were blunt and honest:

“I would not use a 3d workstation.”

Don’t worry though, IMSA. You’re not alone in wasting money to sound impressive. Our partner school in Beijing, RDFZ, constructed a $1 million museum full of pictures and medals from old students to pat itself on the back. No RDFZ student visits the museum. EFZ in Shanghai, another school IMSA has networked with, built a room filled with ‘innovation equipment for student use’. The ‘innovation equipment’ consisted of opulent light-up displays which do things like demonstrate gravity. Students have neither the time nor the interest to look at the childish displays (which, of course, came with adult price-tags).

If there is one thing I’ve learned from traveling to the best schools in the U.S. and China, it’s that throwing money at students does not make them smarter or more innovative. This sentiment is not new. Amanda Ripley in her book, The Smartest Kids in the World, remarks that the top schools in the world have “no high tech whiteboards or laptops” (144). She later says, “Our romance with educational technology has been expensive [and] distracting” (225).

I think the concept of an Innovation Hub is a good idea, and I think it could be a great boon for IMSA students if admin uses the money wisely. When Steve Chen arrived at IMSA in 1995, he says IMSA gave him something that no other school could have: unlimited access to the young internet. Toying around with the computers helped him more than anything in the standard IMSA curriculum. He generously wants to create a similar opportunity for new students.

Scientific equipment and circuitry that can be used by students at any time, with no supervision fits this ideal. But even more important than equipment, a simple open area with a few whiteboards and a coffee machine—which, by the way, was Steve Chen’s original idea—would be enough. Also, we could use some toner.

Steve Chen has the right idea. I think IMSA students, if given enough trust and time, will naturally innovate. We don’t need shiny toys! Put us in a one-room schoolhouse and give us twenty-four hours, and I am positive that we can innovate just as well as we could with millions of dollars of equipment. Then, the donated money could be used in the creation of a well-publicized “Chen Innovation Grant” with a simple application which gives monetary assistance to students who have an idea but little support. I have met plenty of these students who severely lacked this support, crippling potentially innovative enterprises.

I therefore conclude that if the article posted on the IMSA website is correct, IMSA is about to spend hundreds of thousands of dollars on toys. My theory is that admin didn’t ask very many students about their ideas on the Hub. In the end, the “Innovation Hub” with its current plan will simply sound impressive; it won’t be impressive. Meanwhile, IMSA students will quietly do their thing, innovating whether administration encourages it or not. Let’s not waste money on toys. Instead, let’s ask ourselves what we can do with our current resources to help students with enterprising ideas while spending the donated money on useful technology and support that students will actually use. Upcoming Improvements, New President, and the Innovation Hub at IMSA

Be the first to comment on "OP: The Truth about the Innovation Hub"