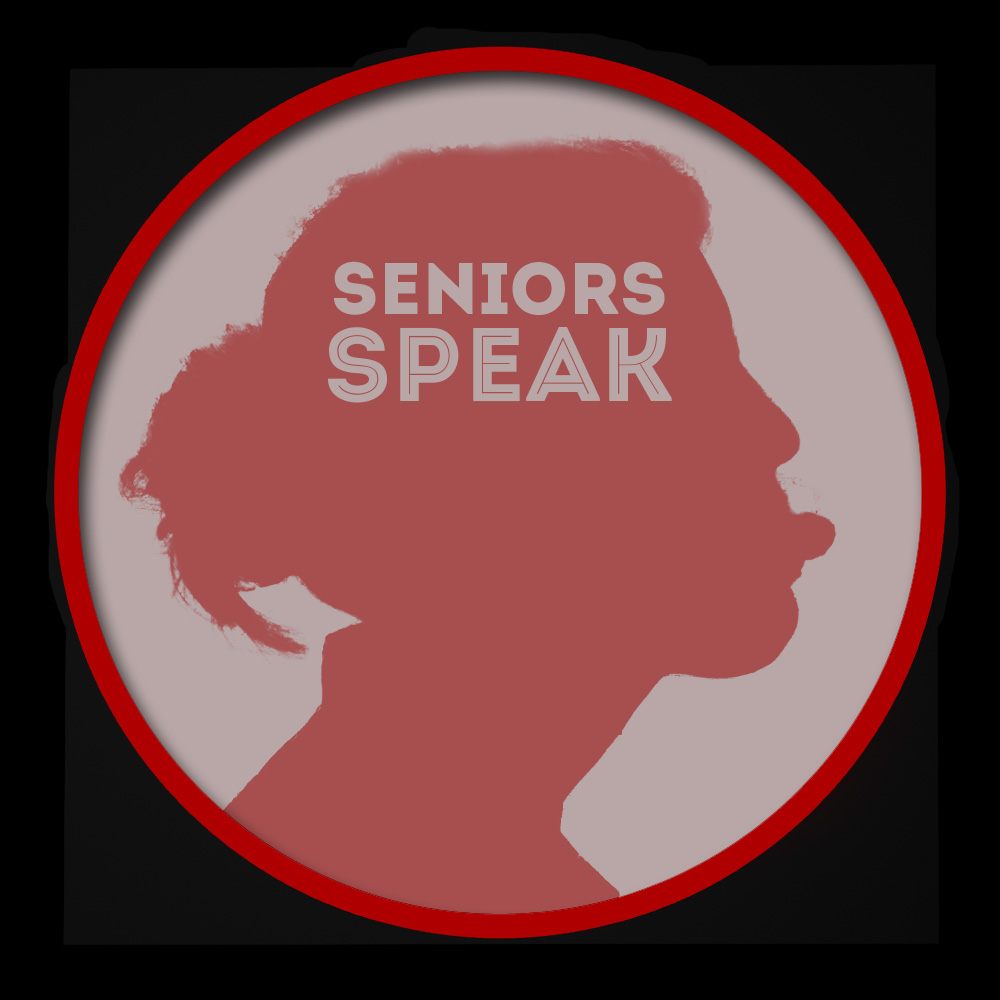 Most changed. It’s ironic because I think over the three years I’ve spent at IMSA, my most evident transformation occurred after I’d been voted for that particular senior most. On October 6th, 2013, just before midnight, a relative attempted suicide for the first time. That event, along with the following months dealing with ever-present depression in my friends and family, quite frankly traumatized me. Not only that, but it changed a lot of my mindset. Instead of taking the stress from that ordeal and spiraling further down into the dark pit of depression, which I’ll admit I did for a good couple of months, I decided to transform the hardship into passion and energy. I fueled myself with the desire to make a change. I wanted to do something about mental health.

Before coming to IMSA, I had personally dealt with depression, and throughout the past three years, I’ve struggled with sporadic relapses. I used to be very ashamed of that, and to be completely honest, I still fear that other people will see me cry. But I’ve changed. I realize now that I’m not alone. As small and insignificant a being that I am, so is every other person I encounter. And that’s okay. Because, as people, we’re small; together, we are strong.

But let’s evaluate the reasons why mental health is such a problem in the first place. It doesn’t seek to strike us down when we are united. Together we may be strong, but alone we are fragile creatures. Yes, others may share in similar struggles, but that still doesn’t change the fact that we are alone when battling our fears and weaknesses. And while there are times when we can distract the constantly spinning gears in our minds, the stresses of life provide convenient triggers for our systematically self-destructive mindsets.

Recently, depression has been a hot topic both inside and out of the IMSA bubble. Professionals see it as an infectious disease. News reporters compare admitting depression to coming out of the closet, both strenuous and risk-taking tasks. Psychology Today cites studies that reveal that up to eight times as many high school and college students today are depressed as there were fifty years ago. The source of this increase? Jean Twenge of San Diego State University believes that it stems from the shift from intrinsic to extrinsic motivation, a decrease in exploratory-style play during youth years, and an increase in the amount of coercive activities children take part in (such as schooling). Currently, more and more companies and organizations are geared toward finding a solution, and IMSA is no exception.

Earlier this semester, a group of StudCo members and LEAD facilitators piloted a program called the Mental Health Initiative. The initiative gained a lot of interest and support, but unfortunately, we weren’t sure how to continue the program throughout the rest of the semester. True, we implemented small changes and projects here and there, but all in all, our effect wasn’t that effective. So with the growing presence of depression looming over our shoulders, how is the initiative even viable in future years with such a small effect seen this year?

This is my last request while at IMSA. I’ve given you the problems presented by mental health and the means for making the solutions. Here is the effect, the legacy, which I want to have on this campus.

Aristotle once taught that there were two distinct types of joy: hedonia and eudaimonia. Hedonia, often associated with hedonism, refers to materialistic, extrinsic joy. Think a Chipotle burrito or an A on a MCB test. Those are products of hedonia. Eudaimonia, on the other hand, refers to intrinsic pleasure, intangible things. Making someone smile or laugh, making a difference in someone’s day, that’s eudaimonia. Do you see where I’m going yet?

Surprise! More studies have proven that teens with hedonic mindsets had a greater chance of depression, while those with eudaemonic mindsets saw the greatest decline in symptoms of depression over time. While the values and mindset of a generation cannot be flipped on or off overnight, small change is always possible. The Mental Health Initiative has great potential to catalyze this in our own small IMSA community, and with the opportunities we have, we can extend our reach to others and pay it forward.

It would be a lie to say I, myself, am not skeptical of our potential. I struggle with adopting such a mindset, as I am one very much so characterized by a hedonic approach to life. That being said, with little steps, I’m working toward adopting more eudaemonist values. Thus far, it’s worked for me. And maybe it could help someone else. I won’t be around for too much longer, but it’s my greatest desire to have at least one person take this to heart, and try to implement some of these ideas in the future, whether it’s through an organization or through simple everyday interactions with others.

I’ll preach for just a moment more. As I said before, together we are strong. Share with others. It doesn’t have to be my idea, it can be yours. Your fears, your successes, your joys, your sorrows, your excitements, your solutions—don’t be afraid to reach out, and once you’re there, don’t be afraid to grab someone’s hand and reassure them that they’re not alone.

Maybe it’s uncomfortable at first, and maybe it’s a change. But not all change is bad. Trust me.