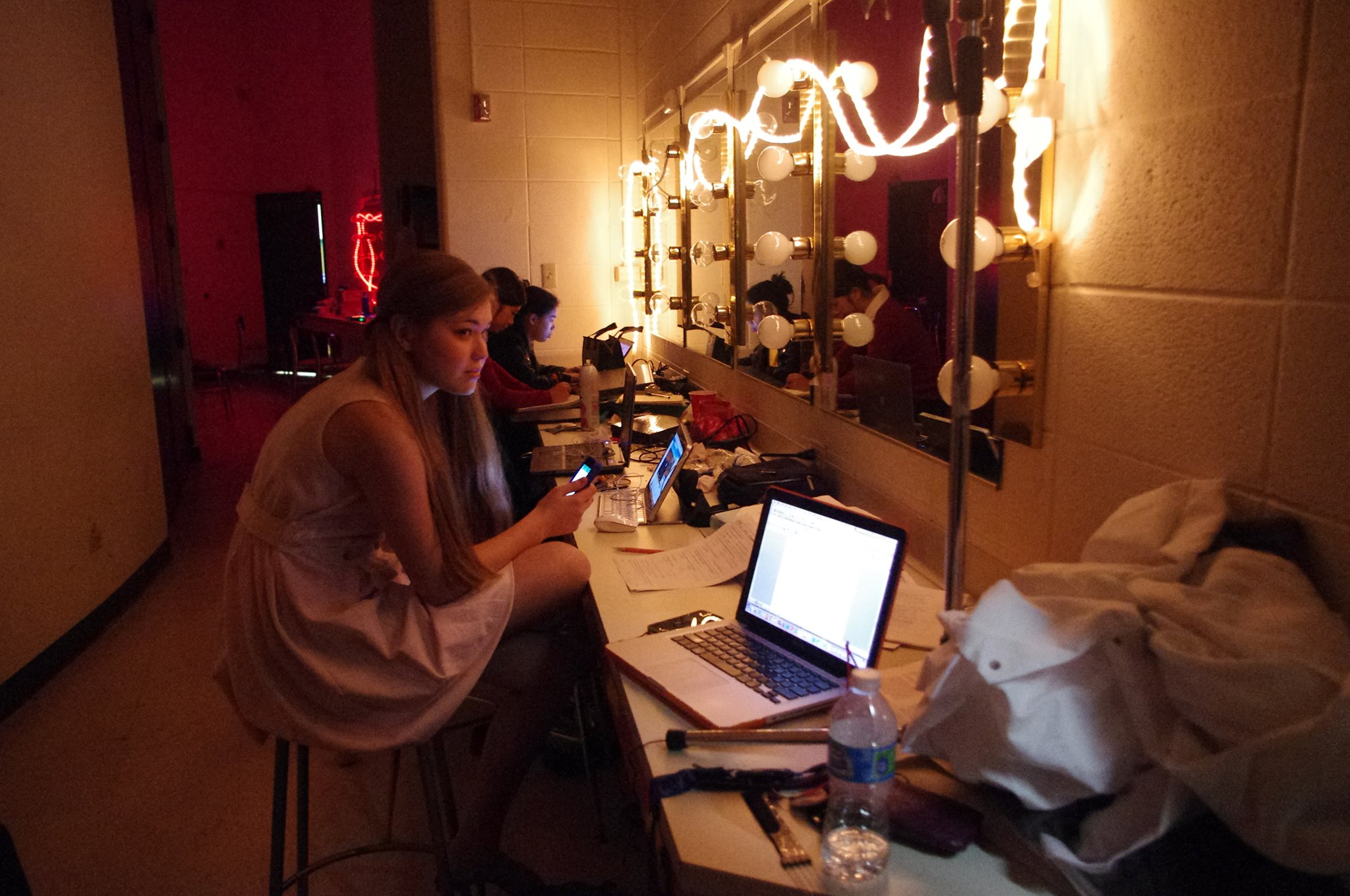 As IMSA’s fall play, Flowers for Algernon by Daniel Keyes, have wrapped up its four day run, the cast and crew are beginning to return to their normal lives. The crazy, time-consuming week that Drama Club calls “tech week” has also come to an end. Tech week is a week of dress rehearsals lasting from five o’clock until ten check everyday, including the four days of performances. To give you insight into what goes on during the week, here’s a rundown of an actor’s schedule: wake up, go to school, rehearse, sleep, then rinse and repeat. That’s it. That’s every day for nearly a week and a half, during which we also have shows.

As unpleasant as only having a half hour to yourself a day sounds, most people come out of tech week on the bright side. As actress Diana Chen (Charlie’s Mother in Flowers for Algernon) puts it, “Tech week is fun. Stressful, but fun.” After the third performance, she adds, “I was scared we weren’t going to be ready. We still kind of aren’t.”

The confused and conflicting emotions piled up during tech week only get stronger once the shows begin. While laughing backstage between scenes, Josh Burke let it slip that he “starts to hate [his] voice around an hour into the show.” The crowd of 70 people opening night, and 30 every subsequent night seemed to have enjoyed it well enough, though.

Overall, the lessons that can be taken from tech week are as follows: “stressful things can be fun” says Diana; “it’s okay to grow tired after a week of rehearsing so much” says Josh; and “it’s okay to enjoy the stress” I say.

For me, tech week is a stressful time. It’s a terrible, excruciating week of continually being critiqued and beat down. It’s a week I would never willingly sign up for; yet, I always find myself in those poorly upholstered orange seats every audition season. It’s all because tech week is one of the most fulfilling times of my school year. I love telling stories, and tech week is for hammering all the details—for hammering out how to tell the story. If a week of tech is what it takes, I’d sign up any day.

Auditions for the next show, Almost, Maine, are on Monday, November 3rd and Tuesday, November 4th in the auditorium. Come see if you want to experience the chaos for yourself.