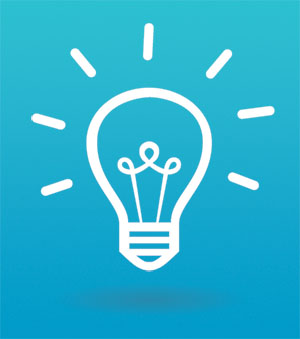 Perhaps the most hyped event at IMSA is the impending construction and opening of the new Innovation Hub, deemed IN2. According to its own flier, IN2 is “a state-of-the-art innovation center designed to ignite collaboration and entrepreneurial activity among students, educators, business and the community to solve real world problems, design prototypes and launch new ideas to advance the human condition.” With IN2 set to open soon, it’s not a bad thing if you want to refresh your memory on what’s happened and find out what’s to come.

Kick-started by a $1 million gift by IMSA alumni Steve Chen (’96), the development of this space has truly grown in the past year since its inception. To start, the project was fleshed out at the “Chicago Innovation Ecosystem” during Intersession 2014. There, they discussed individual project teams, and what they would focus on, including the technology at IN2, the programs they’d run, how they would market the hub, and the details of the facility. The intersession determined crucial aspects of IN2, and a second intersession is set to run this year, aiming to revisit and revise what was done at the first sessions. Ravali Thimmapuram (’17), who was in attendance at the last intersession, says that “…my favorite part was when we went to Motorola. We visited a big office and it was cool to see how they designed it. It’s not something everyone gets to see.”

Ravali and senior Tea Ryza are also leading something called the Speaker Series. It tries to highlight different speakers, with the first event set to be held in September. Their goal is to make people change the way they think about speakers, and create engaging and interesting workshops. Says Ravali, “People think IN2 is all about business, but it’s not all about business; you can find innovation in English class, in history… we want the Speaker Series to promote diversity that you may not be able to find in other places.”

Unfortunately, not everything has been perfect. Progress on IN2 has been held back due to outside factors- government budget issues is the main problem. Says Chief Innovation Officer Britta McKenna: “We have the funds to build it. Not yet for the furnishings. There’s $1.65 million for the bulk of construction. We have raised that. …But as far as the state is concerned, we are able to build, our architectural drawings are done, 100% complete. We could go right now. But we can’t go…so it’s kind of like this ‘clog’.” With IN2 dependent on aspects that are run by government funding, it’s not hard to see why a predicament like this would be frustrating.

However, while you’re waiting, there are a couple of things you could do now. When asked if there’s anything else she wants to say, Britta mulls over the question, finally answering “I would just encourage people to join our social media.” So go join! You can follow IN2 by liking their Facebook page and visiting their Twitter at https://twitter.com/in2imsa. Don’t worry, everyone; IN2 is coming soon.

This article was submitted by Acronym’s very own intrepid reporter from the IMSA News section: Isabel Lee