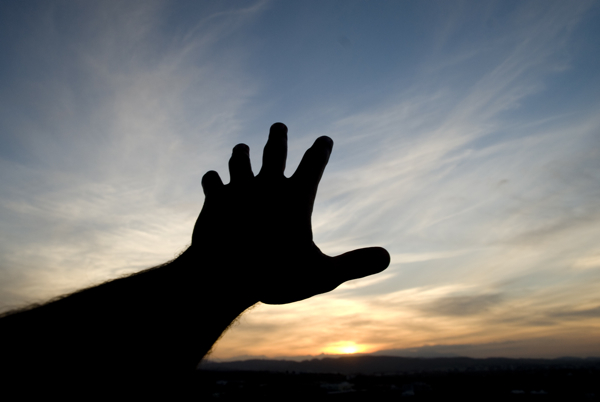 I never wanted to go to IMSA. I had assumed it would be teeming with nerds, kids who valued nothing but their studies and had no life beyond them, essentially languishing in their own intellectual growth. Besides, my life as a freshman was glorious: varsity soccer starter for one of the best teams in the state, top of my class, great friends, and possibilities for romance. But my mother and father, saying this opportunity would not come more than once, swayed me to apply and attend. At first, I was satisfied with my newfound independence at IMSA because my father wasn’t constantly telling me to shower or eat; nor did I miss being reliant on him for transportation. However, I soon began to severely regret falling to my parent’s subliminal wishes. I longed for competitive athletics, home-cooked meals, and most of all, my family. It was not easy living four hours away and seeing my mother, father, and sister every extended (about once a month) for only two to four days. And every time they came, I missed them more; thus, I did not want them to visit as it would only put me on a verge of a facial rain barred only by the dams of my eyelids. I was not ready for independence, for living alone, without those I loved by my side. But I believed that I had made a commitment and could not drop out. Not because it would lead to the embarrassment of my family as we tried to conjure excuses for why I left. Not because I did not want to believe I could not tolerate the demands of the institution. Not because I would be derided for being incompetent when I returned to my old school. I realized I could not drop out because it would contradict my philosophy of pursuing anything I start to its end.

In order to forget or rather mask my anguish, I had to option to either indulge in distracting entertainment or do what I normally did in high stress situations: to work even more. At first, I did the former. I watched an incredible amount of Naruto, Big Bang Theory, and Telugu movies as they were all programs from home. Fortunately, instead of succumbing into a pit of despair, Naruto’s philosophy or his “Ninja Way” genuinely struck a chord within me: to persevere, to save friends no matter the situation. And so I began to do this, all the while meeting more people. I adopted so many clubs and activities because they gave me things to do beyond school, which ironically only reminded me of what I left behind. At first it was soccer, a sport I truly loved and the sport which would carry me to happier times. Then I picked up chess, speech, future problem solvers (FPS), ping-pong, and a multitude more. There was not a day after school when I was unoccupied until ten check. Not a Wednesday without a meeting or soccer game with Sr. Palos. Not a Saturday without a game, match, or meet. The only days I was free were Sundays and they too were often filled with volunteer excursions. To cope with the demands of a new environment, I made it more demanding. It was a paradoxical decision that not only kept me at IMSA but also allowed me to distinguish myself among my seven hundred peers. Inevitably however, some others thought I was merely a “college whore”. Unexpectedly, I was glad with this new reputation; it seemed far better than leaving and being renowned as a failure in my small hometown. But this is not to say I saw other dropouts as failures. I truly empathized with them, respecting their decisions and understanding their circumstances. I was only afraid that the apparently egoistical IMSA community and my parents would not see me the same way. Besides, I was truly beginning to develop a passion for nearly all the activities I endeavored in. For those in which I did not, I dropped; I was beginning to hone my interests, however many I discovered.

Nearing second semester I was ecstatic. I certainly yearned for my family but the time devoted to my many extracurricular activities truly allowed me to forget my woes, until one bit of information pierced like a knife into my heart. My best friend who also came from my hometown, who also shared athletic passion like me, who seemed to be my stabilizing and joyful nexus into my warm past, spontaneously dropped the night of Winter Formal. Daily we used to play ping-pong, study together, mess with seniors until we were nearly beat up. He was so happy that I never would have expected him to leave IMSA. But I soon realized he too applied a mere façade of joy like me; but he did not choose to endure the agony. I was dumbfounded. No one, not even me, his best friend, expected him to leave. I did not cry but something nevertheless changed within my emotional chemistry. Perhaps I had become inured to pain or perhaps I had become as weak as I was on the first day of IMSA. I felt a hole in my heart and a need for someone else. I simply knew that I truly wanted to leave. My friend, who had sustained me at IMSA had gone. No new activities would mask his absence. But just as I was about to call my parents, telling them I wished to come home regardless of my philosophy, I looked around. Many were similarly grieving about my friend’s departure. But the method with which they coped with the trouble struck me most. They mourned with each other.

As time went on, more and more people, even the seniors who my friend and I once taunted, came to express their sympathy. Of course, I managed to feign my indifference to his absence but I slowly realized I did not need to do so; I should not do so. My friend was a character who could not be forgotten on the IMSA campus. When he left, I was like a testament to his former presence, evoking kindness formerly unseen in others. But because I was no longer with him, I had time to establish powerful rapports with others getting to know them in ways I normally never would have. I realized I could construct friendships powerful beyond measure if only I opened my heart. Not only being available to listen to others’ pain but also by being ready, trusting enough in the other, to disclose my woes and insecurities. Perhaps, if I had done the same to my first friend, he would still be here, realizing that I too was experiencing the same abyss as him. I always thought I was good with relationships. I told others they could come to me in times of trouble. But I laugh at my naivety. The best way to comfort another person is approaching them before the trouble strikes. Soon, I developed more friends and made the effort to open up to them, to make myself vulnerable by disclosing truths so they too will trust me enough to do the same. Maybe what someone experiencing loneliness needs is not someone to go to but someone to come to them. From that springs a bond that parallels, even supersedes, one between kin. I know I was able to make so many friends in the wake of my first loss because I didn’t artfully veil my innermost emotions. I was wrong to bury my genuine self before. Censoring problems and sadness is equivalent to trying to cap a soda bottle brimmed with Mentos. There must be an outlet, there must be a friend to whom you are their outlet. Now, I am confident that if I unearth feelings from the past in which they are buried, the my frienships will only strengthen. I will not need to pick up another club to hide any woe (my activities need be only my true passions). Instead, I would pick up the trust and friendship of others, of other students with whom I could nurture a lasting bond.

Sure there are nerds, people living in preoccupied bubbles of academics. But each and every human lives life with their own objectives, families, likings, and distastes. And each person will experience despondence, or some degree of sadness. To be able to recognize that you are not exclusive in any aspect of your life is the greatest epiphany one can have. We are no society of individuals; in fact we are the opposite because we need each other to survive, to thrive. IMSA, though excruciating for nearly a year, gave me the most valuable asset possible beyond its often-discussed academics and manifold opportunities, something more important than the many passions or even the manufactured emotional maturity. Because of IMSA, I learned to trust others, to recognize that anyone can be your genuine friend once all superficiality of personalities is dissolved. From this trust, IMSA gave me friends, friendships that, because I do not stop something once I start, will persist for a lifetime.