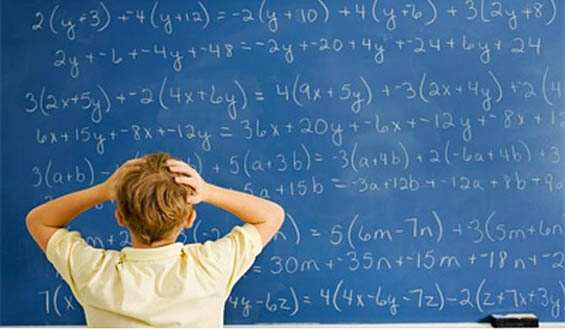 Recently, I had the opportunity to spend some time with some 5th and 6th graders for the PROMISE program at IMSA. I was supposed to teach the 5th grade students how to do long division. It was evident that there were some who had done this many, many times before and that there were some who weren’t as familiar with the subject. I could see the excitement of the students who knew what they were doing, exuding confidence, raising their hands to every single one of my questions. They shouted out the answers with joy and even asked for more challenging and difficult problems, while the ones that were not confident with division quietly stayed in the shadows of those individuals. During the 6th grade class, I was supposed to teach the students simple algebra: finding the x values in equations. As soon as I handed the worksheets out, I could see the clouded faces of many students. When I went around asking if they had any questions, most of them glumly shook their heads and scribbled incoherent work on their papers. I went over multiple questions during the class, asking if the students understood each step. They all said they had no questions and understood everything. But when I went around talking to them individually, it was obvious that most of them had not understood a thing I was saying. Because the material seemed too difficult and too challenging for them, many had given up, blankly staring at the clock, desperately waiting for lunch time. They kept saying they understood, feeling as if they were the only ones that did not understand what was going on in class, or feeling as if the material was too difficult for them to even attempt. But, not all students shared this attitude. There were some that understood everything and confidently finished every question.

Reflecting on the classes that I taught and thinking back on my personal experiences raised a question for me. Is equal education really fair? Of course everyone deserves an equal chance, but is it really fair to shove the same math lessons at both students who are well-prepared in math and students who might not be as facile in the subject? Is it fair to make certain kids feel disheartened because they have been given material that is simply not at the right pace for them?

There are different gifted programs in education, but by the time students have the opportunity to join one, they have already decided for themselves whether they think they are good at the subject or not. By that time, many have already given up, convinced that a subject simply is not for them. Their attitude, rather than their real potential and capability, ends up being the decisive factor between becoming “gifted” students and becoming “normal” students.

In the PROMISE program classes, it was evident that attitude and level of confidence was a big factor in the work ethic of the students. Students who were confident with the course kept challenging themselves, and even when a hard problem appeared, they did not give up because they believed that they were able to solve the question. Students who were not confident, on the other hand, showed less effort, causing them to fall even more behind by not attempting to solve the problem.

The presence of other students and this romanticized equality that society tries to enforce on education seem to only cause inaccurate representations of students’ capabilities. I think the only fair way that education can work is either by allowing there to be huge discrepancies between groups of students or by personalizing education to every single student. But I also do not think education can be fair. I wish that all students were blind so that they would not be impacted by the presence of others  and would be able to confidently ask questions without feeling dumb. I wish no child would be left behind and that each one could have equal opportunity. I wish everyone could have equal chances of becoming the next math prodigy. But the truth is this isn’t possible. People will always be left behind, sometimes just because they fell behind in class one day and lost confidence. And some will get so far ahead that others will never be able to catch up, sometimes because they just got lucky or had a better attitude.

I hope this will change one day. But at the same time, I don’t think it ever will.

Be the first to comment on "Is Equal Education Really Fair?"