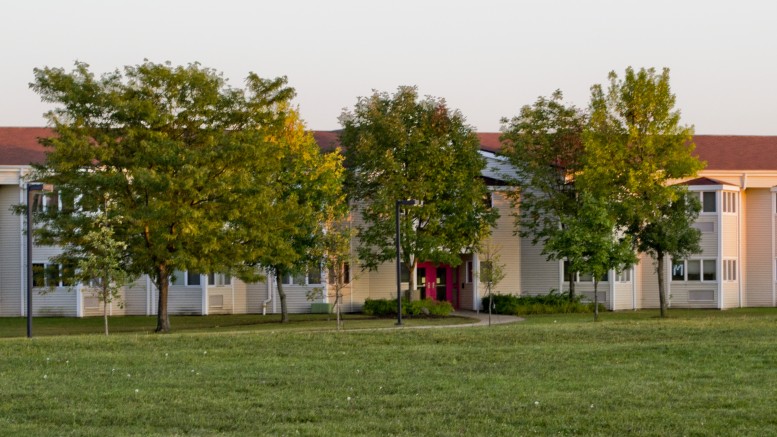 Residential Counselors, the four adult figures who look after each hall, are a crucial part of our every day lives. They’re seemingly there for us for anything we need, as long as it’s during office hours. A much lesser known (but equally important) contributor to the overall well-being of the halls, however, are day hall monitors! We see them often, but never really have much chance to interact with the. In this Voices of IMSA article, I interviewed George, 04’s day hall.

So for anyone who doesn’t know, what’s your name?

“My full name is George Held.”

Where are you from?

“I’m originally from Wisconsin, but I’ve lived around here for a really long time. Since I was about 21.”

So what exactly do you do?

Yeah that’s pretty self-explanatory. How long have you been at IMSA?

What made you decide to come?

“Well, I’m semi-retired, so I was interested in the part-time work. I thought it would be something to keep me busy, while still allowing me to help out.”

What do you think is the best thing about working here?

“Well, I don’t really interact with that many people, but I really enjoy talking to the ones that I do. I really like the overall camaraderie of  the work force, students, and the whole community.”

Last but not least, what’s been your favorite memory here?

“I remember a few years back during the Clash of the Halls week, I saw one of the male RCs dress up as a female. I thought it was funny watching those RCs perform for an event.”

Be the first to comment on "Keeping Watch, the Voice of George Held"