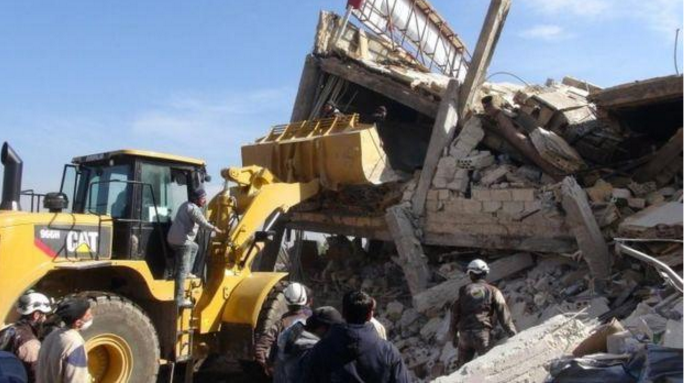 On Monday, February 15, a hospital in Maarat al-Numan, in northern Syria, was struck by four missiles. The hospital was supported by Medecins Sans Frontieres (MSF), or Doctors without Borders, the humanitarian-aid non-governmental organization. MSF reported that eleven people died, including five patients, but the official death toll is likely to rise as rescuers search through the rubble. In addition, because of the strikes, 40,000 people in the surrounding area are without access to medical services. The president of MSF France, Mego Terzian, said “either the [Syrian] government or Russia” was responsible for the airstrikes. Dmitry Peskov, the Russian presidential spokesman, said “We are strongly against such claims, the more so, since each time those who come up with such charges prove unable to somehow confirm their groundless accusations”. The strikes come only days after world powers like Russia said they would attempt to work toward a temporary truce in Syria during a meeting in Munich. The truce would bring a break in the fighting so humanitarian aid could be delivered and long-term peace talks continued. These are talks are supposed to happen later this week but there has been no evidence of actual progress towards scheduling a meeting.

Both Amnesty International and MSF say the attacks could be called war crimes since international humanitarian law bans any attacks on medical facilities unless they are being used for military purposes. This is just another devastating attack in the almost five year civil war in Syria that has claimed the lives of more than 250,000 people and displaced more than 6.5 million more.