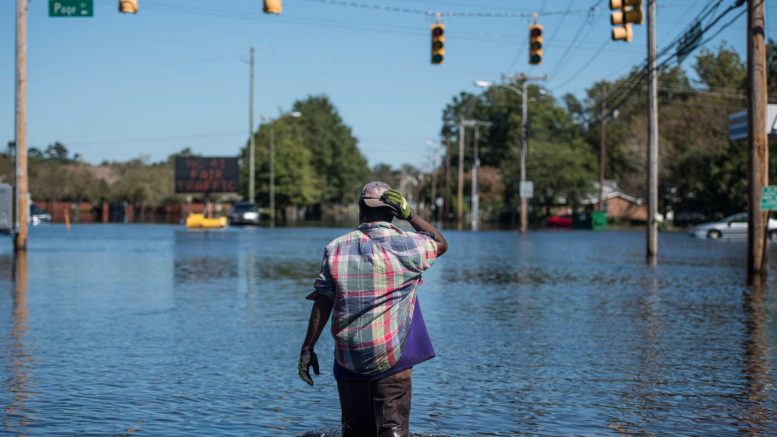 Believe it or not, politics isn’t the only thing setting new records this year. Other forces of nature have also made the headlines and created just as much devastation.

The first spark of trouble occurred on September 28th, when a tropical storm emerged by the eastern edge of the Caribbean Sea. Three days later, it escalated into a Category 5 hurricane that barely spared Colombia, complete with 160 mph winds and en-route to destroying Haiti.

“The roofs and tree branches flew away. Water started coming in, things were flying everywhere…no one could get hold of them,” said 13-year-old Dicejour, a boy in Jeramie whose family survived Hurricane Matthew on the night of October 4th.

The rest of the Caribbean was struck on Thursday, when Matthew moved through the island countries of Cuba, Jamaica, St. Vincent and the Grenadines, the Bahamas, and the Dominican Republic.

By that point, Florida, Georgia, and the Carolinas had all declared states of emergency, with weather forecasts predicting landfall on Florida after Matthew finished in the Caribbean.

“There are no excuses; you need to leave,” warned Florida governor Rick Scott on October 6th, amid winds and waves moving up his state’s eastern coast. “Evacuate, evacuate, evacuate…This storm will kill you.”

In the end, Florida got lucky and Hurricane Matthew, subsiding to Category 3, never made landfall. It stayed about 30 miles off the coastline and battered the state all day Friday, leaving four people dead and rendering more than a million without power.

The body count in Haiti was estimated at over 800 by that evening, according to Reuters.

Meanwhile, the island of Bermuda was on the watch for Hurricane Nicole, which had just achieved hurricane status on October 6th and could potentially affect Matthew’s movements.

There were also rumors that Matthew could hit U.S. mainland twice.

“While a loop back towards Florida and the Bahamas next week is not yet a sure thing,” said Weather Underground meteorologist Jeff Masters, “the increasing trend of our top models in that direction is a strong indication that Matthew will be around for a very long time.”

Nevertheless, instead of moving off the U.S. coastline and disappearing into the Atlantic as several models predicted, Matthew continued to shimmy up the East Coast. The hurricane treated North Carolina and southern Virginia to historic flooding, downed trees and power lines, and over 12 inches of rain last Sunday.

“My grandpa’s still in shock,” said Brittany Graham, a lady in Lumberton, N.C. “He didn’t prepare anything because from what we heard, we were just going to get a little bit of rain. Basically, all his stuff is ruined.”

The New York Times reports that more than 3,000 people were in shelters, and about 770,000 homes and businesses were without electricity. As of yet, Matthew is responsible for 22 deaths in North Carolina.

“When you go from a Category 4 hurricane to a Category 1, the danger of harm is still there,” Governor McCrory said. “What those categories don’t include is how water can kill.”

By evening, Hurricane Matthew got demoted to post-tropical cyclone, despite its winds remaining just as strong as those of a Category 1 hurricane. The rain and gusts affecting North Carolina fully disappeared on Tuesday as Matthew moved away from the coast, leaving widespread flooding in its wake and 44 American deaths, as of Saturday.

Attention is now focused upon Hurricane Nicole, which achieved Category 4 status last Wednesday before directly striking Bermuda the next day.

“Could be historic as zero Category 4 hurricanes have ever hit Bermuda in the NHC historical record,” tweeted Eric Blake of the National Hurricane Center.

Nicole is heading for the open Atlantic now, with wind gusts and rainstorms possibly affecting Bermuda, Canada, and the just-recovering American east coast.

Be the first to comment on "Southeastern U.S. Coast Under Water"