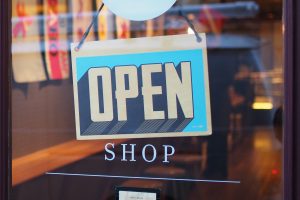 The most important aspect of Thanksgiving Break is slowly getting closer: Black Friday. This is the most significant day because the best way to celebrate being thankful is by ensuring one has many objects to be thankful for.

As Black Friday draws closer, people need to prepare to camp outside of stores to ensure they receive the best deals. Some may argue that it isn’t even Thanksgiving yet, let alone the beginning of the break. That’s clearly unimportant – if you want to actually have things to be thankful for, you need to get moving so you are sure to get them. Family? Friends? Food? You can be thankful for that later, after you take advantage of all the coming deals, after you are thankful for actually getting the items you want. You can worry about that after the remaining two days of the break, in which you test what you bought. You need to make sure you actually got a good deal. It’s not like anything could happen and you may not have enough time left to enjoy spending time with your family. If you don’t get good deals now, you’ll have to wait another year for another chance.

You may be concerned, you may think that focusing on Black Friday is a waste of a holiday that’s supposed to celebrate being thankful for friends and family. You’d be wrong, because if you don’t get the super special mega cheap fad right now, then you will have less stress and more time to spend with the people you love.