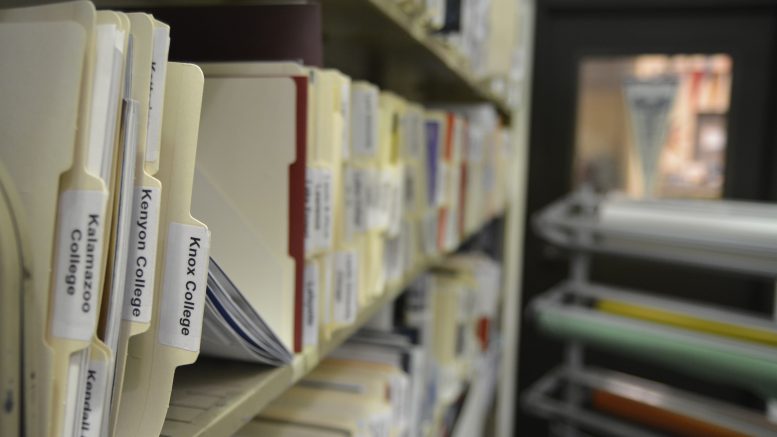 Q: Do you have any big regrets from this year?

Madison: Honestly, no. I definitely wish my grades had been higher, or that I’d studied harder for standardized tests and all, because those things came as a result of my own choices. I decided to allocate my time, and I got what I got as a result… all of that made me into a much different person, and I like the changes. This year wasn’t perfect, and that’s okay.

Q: What’s the worst thing the IMSA community has ever done?

Madison: Around 2008-2009, I think… at the end of the year the seniors would compile a list of all the bad things they’d done, print it out on an IMSA letterhead, and put it under the door of all the staff’s offices. It was thought of as a traditional joke but in reality… it included some very R-rated activities.

Q: Is there anything you wish you’d have made the most of at IMSA?

Andrew: Student Inquiry and Research. It’s honestly such an amazing opportunity, at least while I was there. It’s one of the ways that IMSA stands very far out from similar institutions. My senior year, I woke up every Wednesday and regretted not doing an SIR.

Q: Was there a specific SIR you were looking into?

Andrew: No, is the thing. I completely ignored SIR. At this point, I’m certain I would have benefited from helping in a microbiology lab. My friends who did projects in that vein always look back on it fondly – not to mention the insane resume building.

Q: What was your favorite memory here?

Vinesh: Oh man. So many late night chats with upperclassmen in the quads, lots of great Clash memories, some shenanigans…

Q: Any important “firsts” for you at IMSA?

Vinesh: First time pretending to be a chickadee.

Q: Tell us about the most meaningful conversation you’ve had at IMSA.

Vinesh: [It was] probably a conversation I had with my roommate about the nature of life. He really opened up my mind to a more laid back, less… stressful point of view.

Q: How has IMSA prepared you for college?

Vinesh: A lot of people pick up time management habits because of the stress of IMSA. I think the big thing is the mentality. Maybe it’s a placebo effect, but you feel like you went through academic hell at IMSA and nothing college can throw will phase you. It’s a combination of: I have felt what it’s like to take a very rigorous approach to a course and get burned out, so now I take a more laid back approach to my courses that is much healthier for me; and because of things I learned at IMSA and the way I performed in a rigorous environment, that I don’t need to prove to anyone that I can work at that level.

Q: Any advice for people who are considering dropping out?

Vinesh: I guess the best piece of advice is that friends you make at IMSA are great friends for life. Going to a boarding school is an experience that is hard to relate to if you haven’t done it. So having the friendships from IMSA after college are very powerful- but it’s tough.

Q: How often do you still talk to people from IMSA?

Vinesh: I talk to IMSA people a lot. [But] it’s tough to keep in touch, especially if you don’t go to the same college. I have lots of group chats, [with] my quad, a bunch of other quads, the 04-05 guys. It’s nice to know there are IMSA people at almost all of the [schools I visit around the country]. It’s a great group to have fun with or ask the advice of.

Be the first to comment on "We Have Questions, Seniors (and Alumni)!"