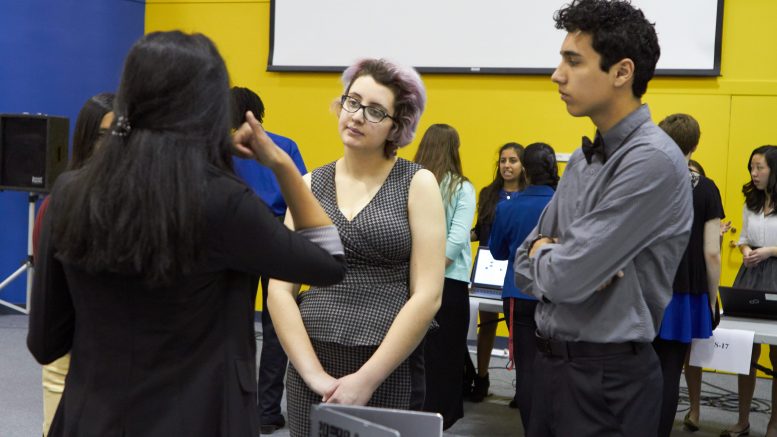 With LEAD considered an invaluable (and inevitable) part of the IMSA experience, sophomores from SocENT, EnACT, and IMPACT got the chance to pitch their ideas to guests and potential investors this past Sunday, April 9th. Without further ado, here’s a comprehensive list of all different types of group you witnessed at the 2017 IMSA SLX.

These groups know what they’re doing, but have a knack for pushing everything back until the last week. Data? Probably found facts on Google Tuesday night during LEAD. Presentation? The same PowerPoint  used at MID with a few changed slides. Infographic/Poster? Threw together the night before or even the day of. Criticism aside, these groups are also very well versed in spontaneous rambling and are experts at responding to whatever is thrown at them without actually answering the question. “We probably shouldn’t have waited for the last week to contact these people… Oh well, when they ask, just say we’re still waiting on responses and change the topic.”

These groups are pretty self-explanatory. There is basically one person who is extremely invested in the project, while everyone else doesn’t care enough to argue with them. Hey, someone is willing to do the work, so why not let them? Their presentation involves the one enthusiast talking for 60% of the time and explaining 90% of the content, while other members only explain the most basic information. “When they ask questions, everybody just all look at ____. They’ll know what to say.”

These groups consist of people who regret choosing their specific elective and just want to get it over with. Their presentations tend to be very comprehensive and clean, but not detailed or ambitious enough to actually catch people’s eyes and risk being chosen to continue with their plan. “I just want to get this over with and never go to LEAD again.”

Sophomores in this group probably missed a lot of LEAD modules, had less responsible facilitators, or slept through all the classes. They’re a bit under-prepared, but also just bewildered by everything around them. “Where are we going?” “So I say what part?” “Who made the slides? “Did anyone make the slides?” “Wait we’re presenting NOW?”

So everyone knows they are one of the groups that care enough to make their idea into reality. For whatever reason, these groups either feel bad for succeeding in the midst of failure, or struggle with standing out in the crowd. You will hear members of these groups high-key putting themselves down while low-key hinting they are actually better than everyone else. “Oh no, my group is a mess! We didn’t get responses from 2 of the 9 people we contacted. We’re doomed!” Yeah, right.