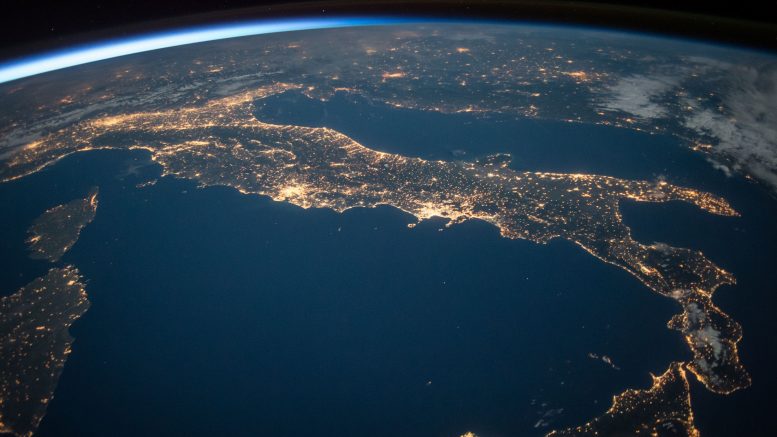 Though Earth our entire world, we are inhabitants a tiny marble in the large expanse of our solar system.

Speaking on September 26 at the International Astronautical Congress in Adelaide, Australia, SpaceX CEO Elon Musk revealed his updated plans for his highly anticipated project: the construction of a ginormous rocket known as the BFR (The B for big, R for Rocket, and F for a specific curse word). Expanding on his ideas for last year’s rocket proposal, Musk explained the potential applications of his new multipurpose rocket, such as launching satellites, transporting people between international cities, and making Lunar missions and the settlement of a moon base possible. During his presentation, his proposals were met with tremendous applause from his space-loving fans, but reporters afterward were skeptical as they took another look: are Musk’s goals too far-fetched?

To me, Musk has always resembled more of an alien than a fellow human. His ambition seems to parallel no other individual on this planet, particularly in regard to his confidence in space colonization and spacecraft transportation. If you were a billionaire, would you bet the majority of your wealth on developing a rocket to transport people across Earth in less than an hour? Or how about turning humans into a multi-planetary species? I certainly would not, but Musk is devoting his fortune to making this future happen. His aims are undeniably stratospheric – many would say impossible. Yet his consistent achievement of his goals, despite harsh criticism from the scientific community, has reliably demonstrated his ability to make fantasy a reality – even if his newest fantasy is sending a manned mission to Mars by 2022.

Musk’s devotion to space would have not always stood out as unearthly. The 1969 Moon landing ignited an era of enormous desire to push the limits of scientific and technical boundaries, and the world sat on its edge awaiting more investigations into the vast expanse. Since then, interest has retracted back towards our blue planet. We immerse ourselves into the bitter nature of politics, the turbulent lives of celebrities, and the torrent of depressing headlines in our daily newsfeed. We see a future less characterized by extraordinary leaps in technology, but rather, an apocalypse marked by ruin. The American flag on the Moon has likely been rendered white by unfiltered sunlight on the lunar surface. It stands as a symbol of America’s surrender of her optimism about human potential. Musk, in his martian-like ways, reignites our faith in ourselves.

The man is a dreamer, to say the least. But that’s exactly what has made him such an effective leader in his career. He devotes himself to his dream, learns from his failures, and successfully makes his dream happen. Although he did not always receive support from individuals in a similar capacity, he has revolutionized his field with the goal of pushing humans towards the next stage of civilization. Flashback to the 19th century, Edison’s ideas for the electric light received a reception that is similar to Elon Musk’s plan for the BFG. Though initially Edison’s ideas were regarded as a museum curiosity, Edison pushed for the development of his vision for the light bulb to transform modern life. He, like Musk, was a visionary whose self-imposed work ethic and unwavering belief in his dream eased humanity into an era of new electric technology. In the case where Musk succeeds, Musk will expand the human habitat into alien grounds.

Elon Musk inspires the next generation to transform their dreams into a reality, whether relating to space or the general field of science and technology. His ambition, perseverance, and optimistic vision for a future offer a convincing answer to the reporters’ questions. Perhaps he will not succeed within his predicted timeline, but nevertheless, he will spark an amazing revolution in space worthy of admiration from all who desire to change the world.