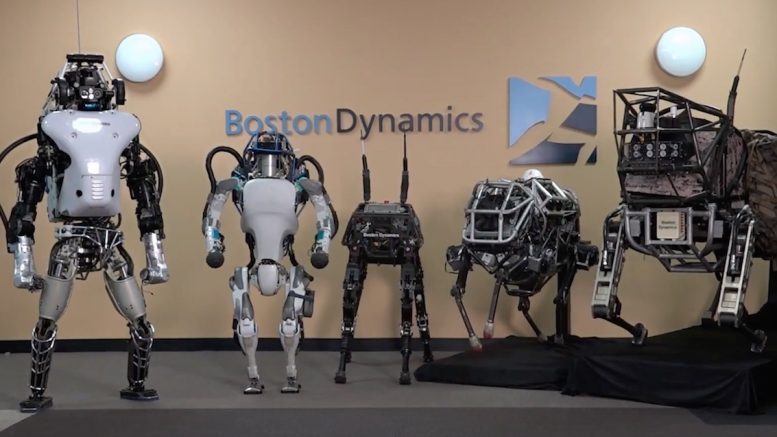 The future is terrifying, yet simultaneously comforting. For many, the thought of moving beyond IMSA, college, dating, lonesomeness, and home is frightening, yet the thought that all of those opportunities to move forward exist can be relieving.

The true fear accompanies the uncertainty in a few of the opportunities we naturally look ahead to.

I was recently introduced to a humorous website that predicts the likelihood of whether your job will be taken by a robot. Although the website seems like a funny way to threaten your friends or choose “safe” career choices, the underlying message is chilling.

The advancement of artificial intelligence and robotics within the past 10 years has far surpassed several expectations. A stand out company within the United States, Boston Dynamics, has produced countless videos of their impressively durable, fast, and intelligent robots. Perhaps their most famous robot, Atlas, is considered “The World’s Most Dynamic Humanoid.” The company receives a majority of its funding comes from the military, specifically DARPA, who wants to test the possibility of using robots in the military in the future.

There’s no doubt that the work that Boston Dynamics, or any other AI/robotics company, has done is incredible. Some people are truly hopeful that artificial intelligence will save the world. People have stated their beliefs that it will allow the Earth to recover from global warming, keep humanity safer, or even turn humans into superior beings.

Others aren’t as convinced. Elon Musk believes that the outcome of advances in artificial intelligence may lead to a dangerous outcome, similar to the technological races which led to the Cold War. Other famous scientists and entrepreneurs including Bill Gates and Stephen Hawking agree with Elon Musk’s cautionary statements about artificial intelligence. They simultaneously agree that it’s necessary to understand the risks behind artificial intelligence before creating an absolute fulfillment of the term.

Seeing the concerns of great scientists and entrepreneurs is alarming, and furthermore, seeing the advancements which AI has made without human involvement is shocking. Google’s artificial intelligence has taught itself how to walk, run, and jump in a computer simulation, and because chess was too easy for it, it taught itself how to play Go, and it beat the best player in the world. Not to mention, it becomes aggressive when it is put in stressful situations because it has discovered that aggression will allow it to triumph.

Despite the concerns, artificial intelligence is undoubtedly the future. If you want to take part in allowing AI to advance, try playing this version of Pictionary with Google’s neural network. Just be warned, you won’t know whether you’re contributing to society’s survival or downfall.

Be the first to comment on "The Future is Bright… Or is it?"