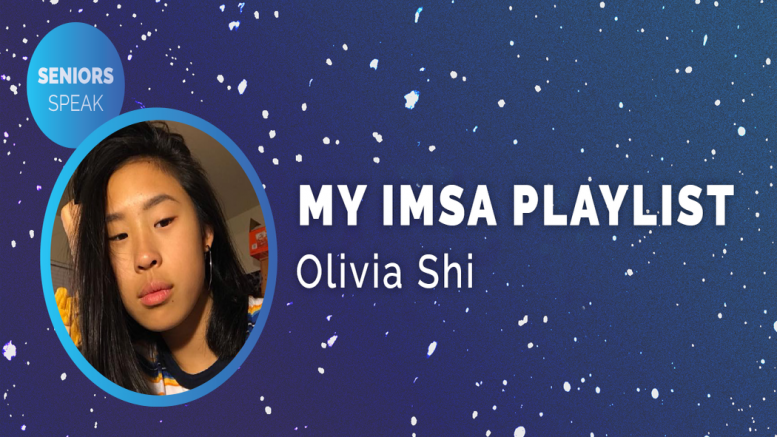 One of the sections included in the annual Senior Edition is a series of essays titled Seniors Speak. These works are written and submitted to The Acronym by members of the graduating class, allowing them to reflect on their experiences, share advice, and advocate for change. The writer of this piece is Olivia Shi (UIUC ’23), who lived in 1506D during her senior year. She was captain of dance team and she was heavily involved in dancing throughout her time at IMSA in culture shows and other places on campus.

If you want to listen along: https://open.spotify.com/playlist/76l2no0IBVVb3NtrNNn0h1

This Girl – Kungs, Cookin’ on 3 Burners

Kitchen Door – Wolf Larsen // If I Get High – Nothing But Thieves

How to Never Stop Being Sad – Dandelion Hands

Under Cover of Darkness – The Strokes

Dance Moves – Franc Moody // Taking Pictures of You – The Kooks

Be the first to comment on "Seniors Speak: My IMSA Playlist"