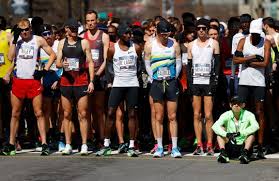 With summer quickly approaching and the 2020 Tokyo Olympics being right around the corner, endurance athletes from across the nation are putting their training to the test to attain a coveted spot in the Marathon for Team USA. On Saturday, February 29th, nearly 500 men and 200 women who qualified for the trials, toed the start line of a windy and elevated Atlanta course.

With only the top three finishers in each division going on to represent the USA in Tokyo this summer, and many returning and rising stars on the field, there were no true frontrunners. As both divisions were comprised of amateurs of the distance, seasoned marathoners and former Olympians toeing the start line of both races, truly anything was possible during the 26.2-mile race.

Starting off the event were the men’s trials with the favorite being Galen Rupp, the 2016 marathon bronze medal winner and the former silver medalist for the 10000 meters in 2012. Following major surgery nearly two years before the trials, this race was his first completed marathon following recovery, as he dropped out of the 2019 Chicago Marathon at mile 23 to receive medical treatment for the same injury. Pulling away from the pack at mile 16 with ease, Rupp finished nearly forty-three seconds ahead of second-place to secure his third Team USA position.

In the final miles of the men’s trial, three contenders were trying to secure the last two spots available: Jacob Riley, Abdi Abdirahman, and Leonard Korir. With only six miles left to go, Jacob Riley and Abdi Abdirahman cracked the race open after putting some distance between the fourth-place runner: finishing with a time of 2:10:02, and 2:10:03, respectively. 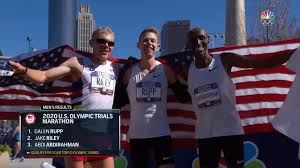 Qualifiers for the Men’s Marathon of the 2020 Tokyo Olympics| Source: letsrun.com

In the women’s division, Aliphine Tuliamuk qualified for her first Olympics games after leading the pack for a majority of the race and finishing with a time of 2:27:23. This Kenyan native became a US citizen when she completed studies at Wichita State and has been running with Northern Arizona Elite ever since.

Molly Seidel made her marathon debut, after qualifying with a lightning half-marathon time. Her second-place finish was largely unexpected, following her hiatus from the sport after an injury. As a long-distance prodigy in both high school and college, Siedel secured her spot with a 2:27:31.

Sally Kipyego, finishing in third, and taking the final spot on the women’s team, finished with an impressive time, a mere minute and a half behind the Tuliamuk and Seidel duo. In 2016, she represented Kenya in the 10000 meters and attained an impressive silver medal, but after becoming a US citizen, she began training in Eugene, Oregon, the running capital of the nation, during her journey to the trials start line. 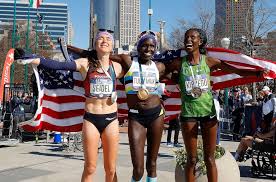 In a surprising turn of events in the women’s race, Desiree Linden, who represented Team USA in the marathon at the 2016 and 2012 Olympics games and won the Boston Marathon nearly a year before the Atlanta trials, missed qualifying for Rio by a mere eleven seconds with a nail-bitingly close finish at 2:29:03. Other surprises include Jordan Hasy, the second-fastest female marathoner in America, falling off pace at around mile 12, after not being able to keep up with the leading pack, and finishing in twenty-sixth place with a time of 2:37:57.

The official times for the athletes who will be representing Team USA in July are as follows:

Following all this excitement at one of the first USA Track and Field trials of the Olympic Games this year, it is evident that all the viewers will bear witness to even more plot twists during the actual games. For some qualifiers, there second ever marathon will take place in Tokyo. For others, they will make history as the oldest Olympic marathon runner for the USA. Either way, the showdown that we are all in store for during the early days of August, and the fight to place on the podium will have us on the edge of our seats for all 26.2 miles.

The Ethics of Banning Moves in Sports