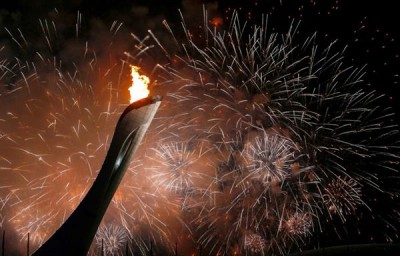 The 2014 Winter Olympics in Sochi, Russia are coming to a close. Russia currently holds the highest of total medals (33), including 13 gold, while Norway has won the second most gold medals (11) for a total of 26 medals. America won the second most total metals with a total of 28, 9 of which are gold. However, one of Russia’s 33 medals is quite controversial. The gold medal that Adelina Sotnikova won for women’s figure skating has caused an uproar among Olympics viewers. Majority of viewers, TV reporters, sports commentators, and even other Olympians are insisting that the gold should have gone to South Korea’s Yuna Kim, who ended up with a silver medal that night.

Seeing as how 4 of the 14 judges were Russian, the public is suspecting that there were some indiscretion behind Sotnikova’s win. One website, change.com, even created a petition called “Open Investigation into Judging Decisions of Women’s Figure Skating and Demand Rejudgement at the Sochi Olympics” that wanted further investigation of the figure skating results. Change.com insisted that the petition was not for Yuna Kim herself, but for the overall fairness that is expected during an event as widely watched as the Olympics. As of 1pm eastern time on February 21st, the petition had 1.7 million signatures, and 90% of the traffic was from South Korea itself, Kim’s home country. At one point, the website was experiencing so much traffic that the website almost shut down completely. However, rejudgement at this point is uncertain. (Business Insider)

Meanwhile, the whole world will continue to watch how this predicament unfolds.