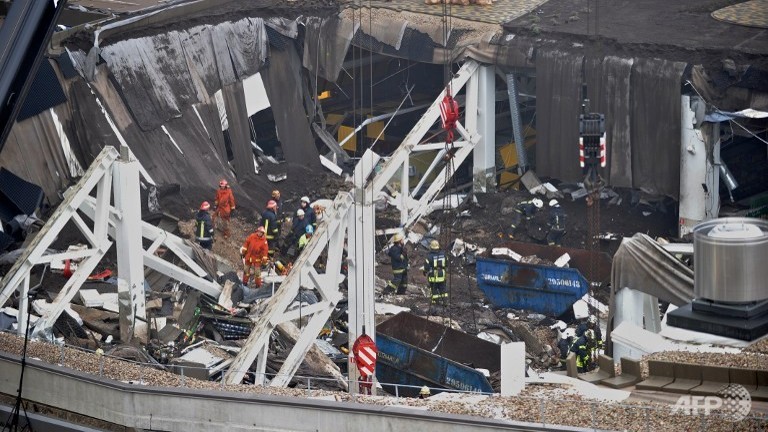 On November 21st, a supermarket in the capital of Latvia, Riga, collapsed. Latvia has not faced a disaster this devastating in decades. The Maxima store was located in a Riga suburb, and was built during the Soviet-era. The supermarket was full of shoppers during the time of the collapse. Rescue workers have been working to clear the wreckage. No survivors have been found yet; however, 80 firefighters and 56 trainees at a firefighting school searched and continue to search for survivors. The rubble consists of tons of metal, concrete, and assorted debris and is estimated to be up to 8.2 feet deep. Firefighters still continue to work to clear it. The death toll, as of November 22nd, stands at 51 dead (CNN).

3 firefighters also died while attempting to rescue the victims from the first collapse, but were killed during a secondary collapse. Witnesses described the scene as terrifying as concrete, metal, glass, and wire hurtled from above as the building suddenly went dark. The people trapped inside were prevented from escaping when the electronic gates automatically shut, but some people managed to escape through holes in the windows. At least 38 people were injured during the incident, according to NBC News.

The cause of the collapse is still unknown, but police are considering criminal intentions during the construction of the building. Workers had been building a garden on the roof the supermarket, which was 30 minutes away from the city center. To commemorate the victims, the Prime Minister Valdis Dombrovskis declared that starting Saturday, November 23rd, there would be three days of mourning. Starting Friday, people had already been gathering near the debris of the supermarket to try to find news about the condition of the people inside or to either place candles or flowers to mourn the loss of their loved ones (NY Times).